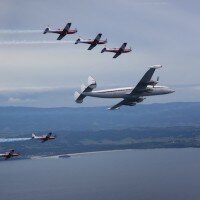 May is a massive month for Aussie aviation enthusiasts, because it heralds the arrival of the ever-popular Wings Over Illawarra air show. For years, this internationally-acclaimed event has brought the world’s most famous aircraft and highly-trained pilots to Sydney’s doorstep, and the 2018 iteration promises to be the biggest and best ever.

Over the weekend of May 5 and 6, more than 30,000 people will pour through the gates of Illawarra Regional Airport to gaze in wonder at dozens of flypasts, aerobatic shows, and static displays. As in past years, the aircraft will come in all shapes and sizes, featuring everything from the De Havilland DH-82 Tiger Moth and Lockheed 1049 Super Constellation to the Douglas DC4 and Messerschmitt Bf 108 Taifun.

Honestly, we’d need pages of space to list every aircraft that will be on show, so it’s best to head along and see what you can find. Make sure you give yourself plenty of time, though, because the weekend will be stacked with things to see and do.

All three arms of the Australian Defence Force will play a big part in the proceedings, with air displays and static exhibits from the Royal Australian Navy, Australian Army, and Royal Australian Air Force.
The Navy will have some of their most fearsome helicopters on display, including the MRH-90 Taipan, EC-135 T2+, and shiny new MH-60R Seahawk. It’s the perfect opportunity to get up close to the ‘hawk, which is equipped with a highly sophisticated combat system designed to employ Hellfire air-to-surface missiles.

Not to be outdone, the Army will be showing off their tough-as-nails S70 Black Hawk. Primarily designed to haul troops and equipment through the most dangerous places on the planet, this bad boy has also been used extensively for search and rescue missions. What a hero!

Of course, the RAAF will have the largest presence of the three, with a truly spectacular line-up of war machines on display. The F/A-18A/B Hornet will be there, as will the C-17A Globemaster III and C-130J Hercules. These brilliant planes keep us all safe, and Wings Over Illawarra is a great chance to salute them.

A traditional highlight of the show is the appearance of the RAAF’s elite formation aerobatic display team, the Roulettes, and the legendary group no doubt have something special in store for visitors this year. The crew always put on an awesome display, so it’s no wonder that their reputation is growing around the world. 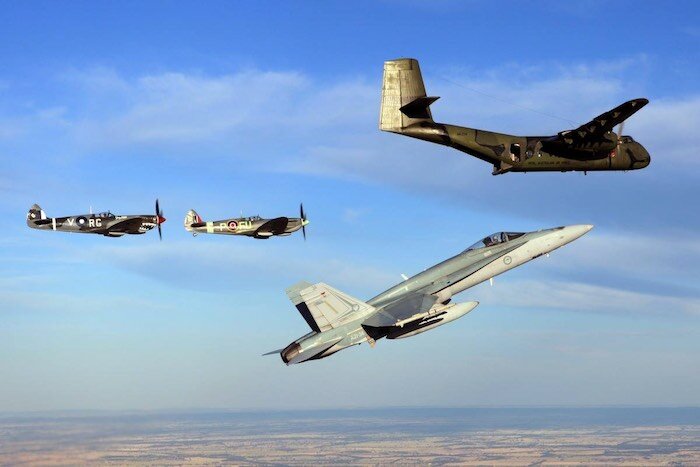 The thrills keep coming with Australia’s only high performance civilian acrobatic team, the SkyAces. Consisting of three biplanes piloted by of Australia’s finest aerobatic pilots, the team demonstrate absolute precision whilst flying formation loops and rolls just metres apart from each other. The pilots’ skills are truly remarkable, and the display is made even wilder by the plumes of smoke that the little planes shoot out as they whiz by each other. If you haven’t been fortunate to check them out yet, don’t miss this opportunity!

Among the static displays will be a huge number of the Historical Aircraft Restoration Society’s famous aircraft. While they’ll certainly be good to gaze lovingly at, the good news is that visitors will also be able to sit inside of them. There are some big names in this category, such as the F-111, F86 Sabre, Neptune, Catalina, DC4, Super Constellation & Boeing 747-400 and many more. Not only is it the perfect way to take a step back in time, but all proceeds go to the upkeep and continued restoration of these great historical aircraft.

If you enjoy getting groovy, you’ll love the Swing Into Wings event on the Saturday night. Held on location at the airport, the evening will offer delicious food, interesting presentations, and the chance to dance along to the inspirational music of The Rusty Cats. The night will serve as a tribute to the fabled City of Canberra 747-400, which in 1989 set the record for the longest non-stop and un-refuelled flight by an airline, by zooming between London and Sydney.

The evening will allow flight fans to climb aboard the retired aircraft, and each dinner table will be hosted by the crew from the flight, Qantas captains, or members of the Roulettes. With all proceeds going to local Rotary charities, there’s absolutely no reason not to frock up and rock up!

Wings Over Illawarra is truly a family affair, with something for everyone. The aircraft are sure to amaze people young and old, but there’s plenty more on offer. There’ll be carnival rides, classic cars and bikes, vintage train rides and even a freestyle motorcross show. Don’t ask us how the organisers plan to squeeze all of that into a single weekend, but we’re sure they’ll manage!

The event has grown massively over the years and has become an important date on the calendar not only for pilots and plane lovers, but for anyone who enjoys a great day out in the sun. Whether you head along for one day or two, the memories are sure to last a lifetime. There’s no doubt about it – this year’s Wings Over Illawarra is set to be Illa-wonderful! 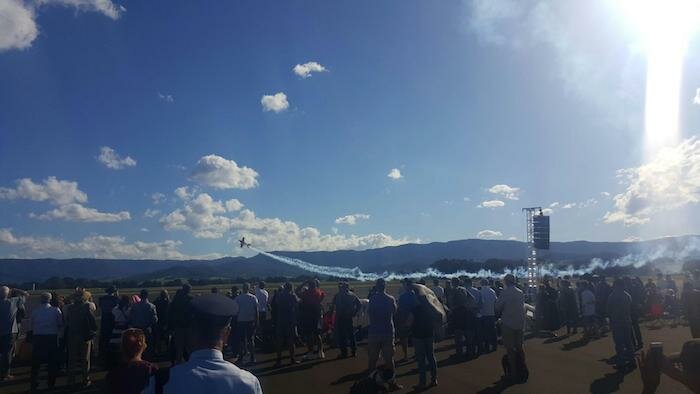