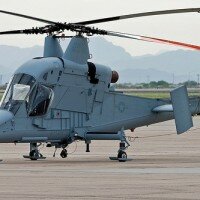 The unmanned Kaman K-MAX helicopter has made its first combat resupply mission in Afghanistan. Designed to reduce the reliance on truck convoys that are often targeted by IED (improvised explosive device) strikes when resupplying front-line troops in remote areas and manned aircraft that place their crews in danger, the unmanned aircraft is a modified K-MAX intermeshing rotor helicopter with the ability to lift a payload of over 2,721 kg.

The aircraft is a joint venture between Lockheed Martin and Kaman Aerospace, with a prototype aircraft for heavy-lift and combat resupply missions first demonstrated to the U.S. Army in 2008. After subsequent testing and earlier this year demonstrating its ability to exceed the Navy and Marines’ requirement to deliver 6,000 lbs. of cargo per day over a five day period, Aviation Week reports that two unmanned test flights were flown without a load to one of the forward operating bases in Afghanistan on December 15 and 16.

Following the success of the cargo-less test flights, the first combat resupply mission using a robot helicopter was carried out on December 17, which saw the aircraft haul a sling-load of cargo to an unspecified base.

Two K-MAX helicopters will mainly be operated from a central main operating base, with air vehicle operators (AVOs) also residing at smaller forward operating bases to which cargo will be delivered. And although the unmanned K-MAX removes the helicopter crew from danger, the Marines won’t be placing the aircraft at unnecessary risk.

“Most of the missions will be conducted at night and at higher altitudes,” said Marine Capt. Caleb Joiner, mission commander. “This will allow us to keep out of small arms range.” 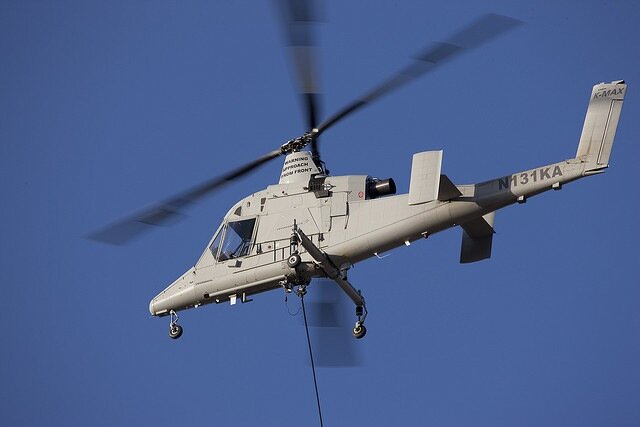