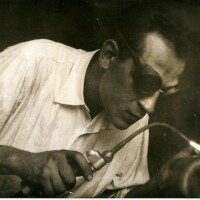 The aviation world is in mourning following the sad passing of the legendary Luigi Pascale at the age of 93. The flamboyant Italian left us after a brief illness, and was still heavily involved in the aviation industry until his final days, as the founder, President and Chief Preliminary Design Officer at Tecnam.

In a statement, nephew and Tecnam CEO Paolo Pascale said, “It is with great sadness that we announce today the passing of my uncle, Professor Luigi Pascale. He was incredibly proud of Tecnam and all of its employees, and we will all miss him greatly. His drive to excellence, determination, can-do spirit and commitment to our company will inspire and stay with us always.”

During his seven decades in the industry, Luigi’s flair and imagination were behind some of the most beautiful aircraft the world has ever seen, including the Astore, P2002 Sierra, and the upcoming P2012 Traveller. His spirit will live on in the estimated 7000 planes of his design that have been sold around the world. 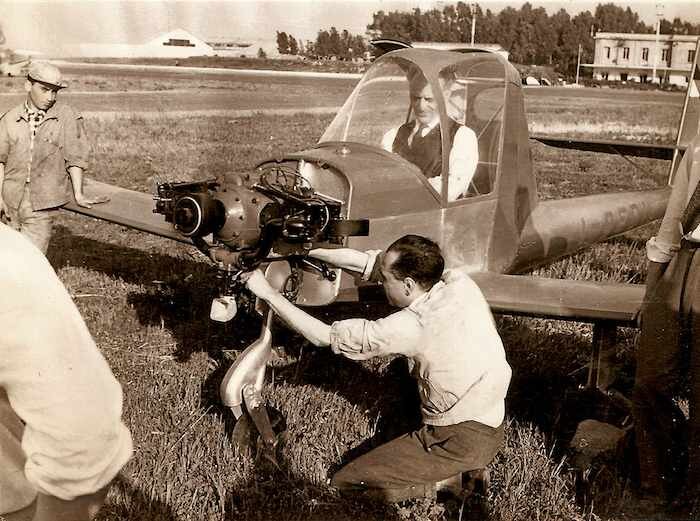 A native of Naples, Luigi and his brother Giovanni were obsessed with flying from a young age. Their passion burned brightly throughout their childhood, and during the 1930s they spent much of their time designing paper planes, then entering them into competitions. Not surprisingly, Luigi often won, and his natural ability to create aerodynamic aircraft would serve him well in the future.

“We were two kids animated by a great passion for the flying machines; the paper planes were the first expression of interest that would inevitably bring us to model aircraft construction,” Luigi once remembered. “The opportunity arose one day during one of our high school classes, where an aviation magazine named L’Aquilone circulated among the students, from where we found the address of Movo, a supplier of assembling boxes and equipment for model aircrafts based in Milano. We immediately wrote to Movo and in a few days we received a catalogue, from where we chose the elastic and tube M5 model.”

These humble beginnings were a sign of greater things to come. The hard work and unbridled creativity that Pascale first exhibited with his toys would later be replicated by his work on full-sized aircraft.

A passion had been ignited, and Luigi Pascale was well on his way towards becoming a legend. The brothers soon went on to build their first plane, the P48 Astore, which first flew in 1951 – the same year Luigi received his pilot’s license. Built with easily-sourced bits and pieces from other planes and powered by a custom-built engine scraped together from various out-of-service Continental engines, it went on to place second in the famous Tour of Sicily just one year later. 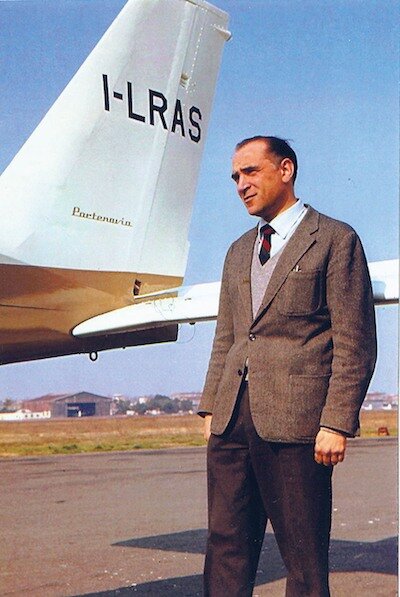 Even in the wild and untamed days of European aviation, it was an incredible feat for a home-built aircraft, designed by a rookie, to win such a prestigious event. The aircraft was quickly certified, and the world waited with bated breath for Luigi’s next masterpiece.

“It remains one of my favourite planes, also because at that time it was one of the most advanced in its category”, Luigi recalled. He wasted no time creating the follow-up, heading straight back to the drawing board with a host of improvements in mind.

The Astore was followed by the P55 Tornado, which took out the Tour of Sicily in 1956. Incredibly powerful for its time and aimed squarely at the racing circuit, the P55 ultimately proved to be too specialised for continued production, and only a single model was ever made.
These early designs certainly gained their designer a lot of respect, but Pascale had bigger dreams. He no longer wanted to design aircraft for competition, instead wanting to make machines that could change and improve the way people fly. The path forward was obvious; Luigi Pascale would move into consumer aviation.

With the Pascale name becoming synonymous with aviation excellence, Luigi formed Partanavia in 1957, and the company went on to produce the P57 Fachiro, P64 Oscar, P66 trainer and larger P68 Victor monoplane. All were designed by Pascale. Partanavia became part of the Aeritalia group in 1981, with the injection of funds leading to greater success. But it was Pascale’s next venture – the creation of Tecnam – that was to be his greatest achievement.

With his brother a long for the ride this time, the Pascale brothers founded Tecnam in 1986, with Luigi going on to design the epic P92 series of aircraft. They proved to be a smash hit, with more than 2,500 currently in service. Popular with training schools, the P92 forged Tecnam’s reputation for excellence, which was built upon with the subsequent releases of a wide variety of other planes designed by Pascale.

The P2002 Sierra, P2004 Bravo, the P2006T, the P2008 and the P2010 will continue to flourish in Luigi’s memory, as a tribute to his unrelenting drive to succeed. Whilst all very different in execution and purpose, a Luigi Pascale design is unmistakable. He truly was an artist of the sky.
It’s a testament to Luigi’s ability to adapt to new technology and ideologies that he was able to stay at the forefront of aviation design for so many years. Generations of pilots have grown up dreaming of one day taking control of one of his planes.

The aircraft of most personal significance to Professor Pascale was the Astore, named after the very first plane he ever designed. The deceptively powerful two-seater features all the modern technology expected from a Tecnam aircraft, whilst also offering a sense of fun and freedom that harkens back to the carefree days of aviation that Luigi Pascale so adored. Truly, if there is one plane that represents Pascale’s lifelong quest to create the greatest aircraft possible, it’s the Astore. 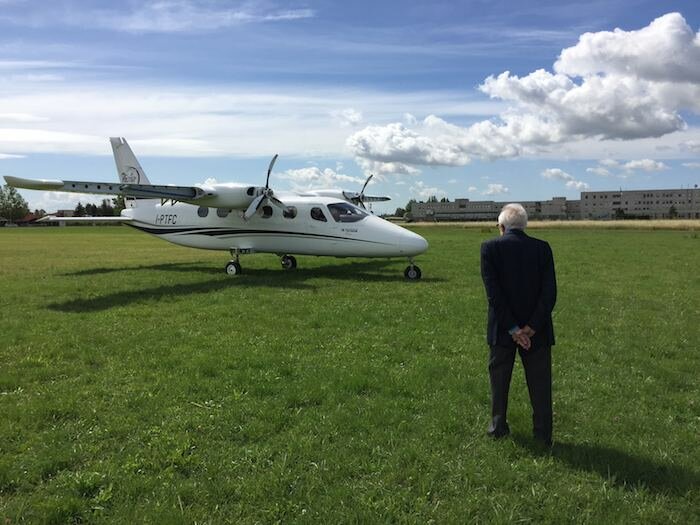 “I am always designing and creating aircraft in my mind, but even more so with my heart,” Luigi was once quoted as saying. Until the day he died, he was still pouring his soul into Tecnam, working hard to ensure that the upcoming 11-seat P2012 will be the best machine the company has ever produced.

One of the most respected aircraft designers of all time, Luigi Pascale received many accolades during his lifetime, including the ‘Paul Tissandier diploma’ from Federation Aeronautique Internationale, the ‘Aeroplano d’Argento’, and earlier this year the ‘Flieger Magazin’ Award.

Luigi’s stellar career was further celebrated last year when he was awarded the Seconda Università of Naples’ highest accolade, an Honorary Doctorate in Aerospace Engineering. At a gala dinner attended by many of Europe’s aviation luminaries, Luigi Pascale took centre stage as he regaled them with tales of the grand old days of flying, and spoke in depth of the ways the industry has changed in his lifetime. 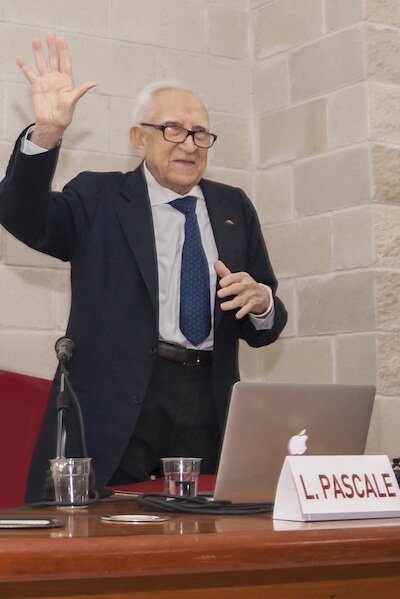 Much of that change can be attributed to Luigi Pascale and his legendary designs. His dreams and visions have left an indelible mark on the world of aviation, and he will be sorely missed.