Categories Navigation Menu
Home » What Happens Next? » The Rise and Fall of the Regional Airport

The Rise and Fall of the Regional Airport 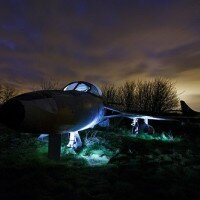 In the midst of a relatively robust economy and massive urban sprawl, most regional airports are faced with the decision – go or grow. It’s a reality created from rising land values, government cost recovery strategies and the struggle for private enterprise to remain profitable.

The raging debate over regional airfields continues unabated but, ultimately, what matters most, and is sometimes forgotten, is the implication of these changes on those who actually use the airfield. These being regional airlines, charter companies, maintenance organisations and so on. For them an airfield is bread and butter: an absolutely essential tool for their business.

Balance is the essential problem. How do you find a balance between creating an affordable, workable environment for general aviation but also make the best use of valuable land whilst also encouraging other industry to utilise airfield space at the same time? This is not a problem that the operators, the government or the private airport owners seem to have a perfect answer to.

Take Bankstown as an example. The battle has been fought long and hard there to keep GA operations alive. The challenges faced by operators trying to deal with airport management have been many. Costs decided by airport management effectively strangled a once thriving airport. The decline has been evident in fuel sales alone, decreasing at an alarming rate over the past several years.

In August last year, a press release from AOPA President Col Rodgers said, “The costs imposed by airport management make basing an aircraft at Bankstown unviable. This is not just a loss of aircraft to flying schools; it is a loss of revenue for the refuellers, the maintainers and even Airservices Australia because aircraft have been lost to Bankstown. The facilities at the airport also have a major influence on servicing and maintenance of aircraft used by Aerial Ambulance, Royal Flying Doctor, Police, Emergency services and other public entities. This impacts on local jobs and apprenticeship opportunities as well as businesses in and around the airport. There are hundreds more aircraft missing from here – I wonder where they have gone?” 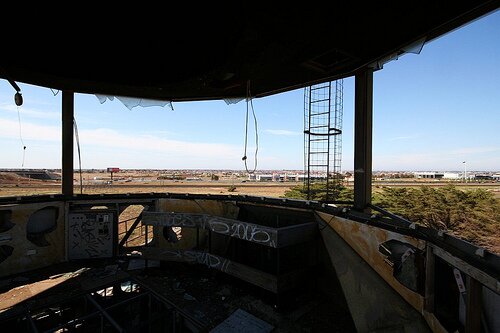 Where have they gone and where will they go? Along with increased costs at airports, such as Bankstown, Caloundra, Campden and Jandakot, is the ever looming threat of closure. And to be fair, like any good debate, there are two sides to the story. On one hand, most who operate in metropolitan areas think moving to outlying areas will ruin their business. On the other hand, the airports in Australia that are experiencing the best growth are actually those in rural centres.

Air parks are popping up all over the place, as governments realise the value of airside land to aviation specific businesses. Previously these airports have been nothing more than a few small hangars, a fuel farm and a runway, all owned and managed by a government oblivious to the needs of it users. Now you find councils such as Temora Shire Council being pro-active about selling land and improving their services to encourage the urban overflow to move to their airports.

At these airports where the Commonwealth has withdrawn under the Aerodrome Local Ownership Plan (ALOP), the airports have generally been handed to local councils, rather than private companies. Some of these local government airports have become rapidly growing enterprises in their own right.

Temora is selling freehold title house and hangar sites with direct taxiway access. Only one hour from Sydney, it’s got a lot to offer. This wise move by the council serves to not only save the airfield but probably the town. In the gold rush and World War II a lot of people set up home in Temora, as many as 20,000 at one point. Now the dwindling population welcomes the potential growth gained by improving the valuable asset that is their aerodrome. Surely with aviation, and its associated services, more local jobs will be created.

So maybe it isn’t an insurmountable problem to operate an aviation business on an airport as long as you’re not near a city? If Bankstown, Jandakot or any of the other mid sized airports weren’t anywhere near major Australian cities, it is unlikely that private investors would take an interest at all, let alone start selling off the land and ‘de-aviating’ the environment around it. So it’s probably the case that the government isn’t doing the right thing for operators by letting privatization of metropolitan airports happen. This tends to have a ripple effect at any other airfield within a 50km radius. The really regional airports seem to be relatively unaffected.

There are many examples, such as Bankstown or Moorabbin, where the value of the land and leases has increased due to comparisons being drawn between the retail rate and those of airport operators. This places an undue pressure on already struggling businesses. The airport owners seem to be just as happy to lease their land to a retail factory outlet or service station as they are to a maintenance organisation or aircraft broker. To be fair, they are all businesses and should be turning a profit. However, general aviation already faces so many other challenges that this kind of pressure could potentially spell the beginning of the end for a lot of the smaller GA operators.

With an election looming, the government will have a lot to answer for. The ever increasing cost of regulatory requirements and privatisation will take a lot of explaining. Hopefully, this is an opportunity for the competing parties to show they are ready to take aviation in Australia seriously and start adding to it, rather than taking away.

The Deputy Prime Minister and Minister for Transport and Regional Services, Mark Vaile, is part of the Strategic Industry Leaders Group driving the General Aviation Industry Action Agenda. This is the Government’s current and most positive attempt so far to develop a plan of attack for the general aviation industry.

“While the general aviation industry faces a number of significant challenges it also has significant opportunities for ongoing growth and success.  The Action Agenda will help industry identify these growth opportunities. The Australian Government recognises the important role general aviation plays in our vast country, particularly in regional and remote parts of Australia and I am well aware of the range of ongoing challenges the industry faces,” Mr Vaile said.

“I strongly believe that industry-developed and driven solutions will produce better outcomes and lead to a much stronger general aviation industry.”

The Strategic Industry Leadership Group will report back to Government in the first half of 2008. Hopefully it’s not too late and hopefully they decide they must start to accommodate the nearly 490,000 GA aircraft movements in 2005/2006, only 80,000 less movements than the domestic passenger services for the same period.

On a large continent such as Australia, general aviation should be ever growing and changing to suit this vast landscape, not dwindling away and being eaten up by profit-hungry businessmen. A conclusion? Let’s wait and see. Standing on the brink of change, things can always seem uncertain. Such is the case with the evolution of the regional airport. 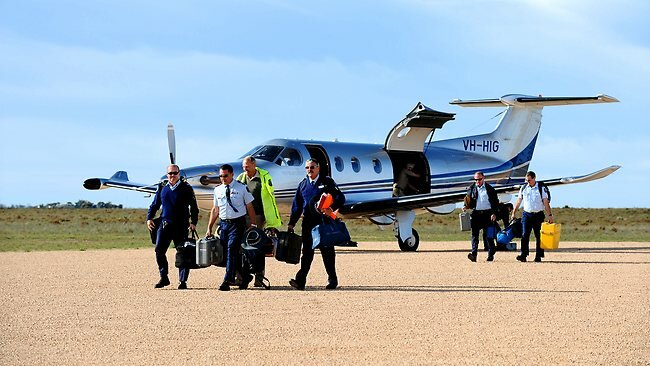