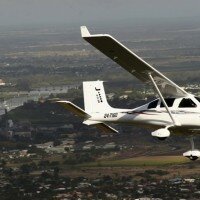 It’s one of the most important decisions a new pilot can make, and will greatly affect his or her aerial adventures for many years – whether to move into Recreational Aviation, or to dive headfirst into the beefier world of General Aviation.

In the past, it was a simple choice between the relatively basic RA-certified light planes and their comparatively advanced GA cousins, but in the past decade the two classifications have drawn closer together, with some truly magnificent RA machines released.

There’s no doubt that RA – encompassing microlights, ultralights, light sports aircraft and other bang-for-your-buck bad boys – is cheaper and easier to get into, with more options for training schools and more wallet-friendly aircraft on offer. The legendary Aussie-designed Airborne XT series of ultralights, the zippy Evektor Harmony LSA, and rugged Foxbat  A32 Vixxen are all available to RA-certified pilots, and honestly provide everything most aviators could ever want. These are tricked-out and technically-advanced planes that are full of personality and able to handle all sorts of tasks.

Along with the broadening of the RA range has come a growth in the possible uses for these incredible little machines. Once upon a time they were mainly used for quick joyrides and other recreational pursuits (hence the name!), but now smaller aircraft are an incredibly important part of the agricultural industry, are popular with mining companies, and are even used by businessmen to zip from city to city in style.

If you’re looking for an RA-certified aircraft, you’ll have no trouble finding something great for under $30,000, while you might be looking at something 10 times that price for something from  the GA realm. Of course, the price of RA planes can also soar if you want to buy a new aircraft fitted out with all the bells and whistles, but this category is available to a much wider range of people.

RA aircraft are also leading the way when it comes to innovation, because this sector of the market is currently evolving at an incredible rate. With shorter development cycles and lower research and construction costs than GA aircraft, companies are able to bring out more planes with more variations. There’s also a movement to fit the machines out with all sorts of exciting new tech, including top notch avionics and fly-by-wire, which can be implemented relatively easily in these sorts of planes. Basically, that means you’ll find it easier to find a plane that’s perfect for you.

Ultimately, the only person who can answer the question of whether you should jump into RA or GA is you. If you dream of a career in aviation, then obviously a GA license is a great investment, but if you just want to enjoy soaring through that big blue thing above your head, going recreational is often your best bet.

In order to delve into this very divisive topic, we talked to some pilots who know better than anyone about the pluses and minuses of the two categories – the extremely qualified flight instructors from Soar Aviation, which runs training schools in both Sydney and Melbourne. 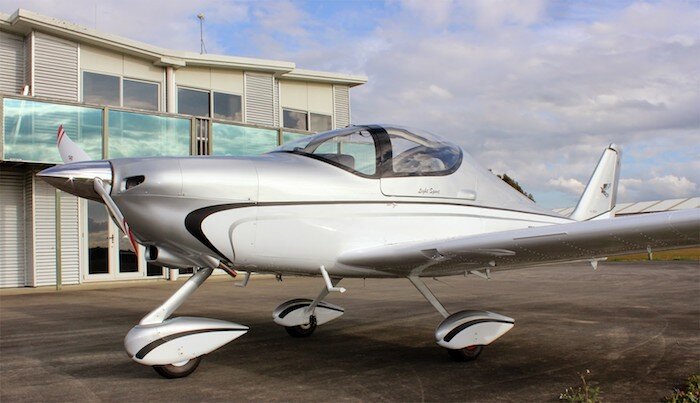 “Flying RA is the efficient way to learn to fly,” says Jordan Portlock, senior flight instructor at Soar Aviation. “The main difference between the two is the newness of the aircraft and the technology. In the past, a pilot would have to step up to GA in order to take advantage of the best new tech, but that’s simply not the case anymore.

“There are some amazing new RA-certified planes that come with all the features, such as advanced avionics and fly-by-wire, at an incredibly affordable price. Pilots no longer have to compromise, and so as far as I’m concerned it’s a no-brainer – RA is the way to  go.”

In fact, RA has surpassed GA when it comes to introducing some of the newer techology. The light aircraft market is more fluid and adaptable than that for the bigger planes, allowing new instruments to be implemented with relative ease.

“There’s a lot of experimental technology ranging from GPS systems and avionics which GA does not currently offer,” adds senior flight instructor Boko Koteski. “The way we fly RA aircraft is changing at a rapid rate, and we’re just not seeing the same evolution in GA. It’s a very exciting time to be a pilot.”

TRAINING AND SAFETY
For many new pilots, stepping into the winged world with eyes wide open, their initial focus may not extend past their training days, and there certainly are differences between RA and GA courses. Both are incredible experiences, and will fully prepare a new pilot for many years of successful soaring, but the GA course is longer, tougher and more expensive.

This cost should certainly be taken into consideration, as the money spent on the additional hours required for a GA license cannot be spent on actually buying an a set of wings.

“RA aircraft are a lot more fun to fly, and so the training is more enjoyable,” offers flight instructor Richard McGee. “The aircraft are lighter and you have the option of stick and rudder flying. For many people, RA provides to feeling of freedom that attracted them to flying aircraft in the first place”
“The syllabus is quite similar,” explains Portlock. “The point of difference occurs when you decide to switch from recreational flying and turn it into a career. This is where you would start flying GA, and it’s where the additional hours and expenditure come in.

“If you’re looking to make a career of it, then GA is obviously your only option. But if you’re doing it for fun, I really can’t see the point in the average pilot taking on all that extra baggage. It really is a lot more time and money, both of which can be better spent in RA.”

Safety is obviously a huge concern for anyone getting into aviation, and there has long been discussion on whether RA or GA comes up trumps in this department. Many believe that GA aircraft provide more stable flying, and are thus safer, whilst others claim that the simpler RA machines are better for new pilots. Neither view is necessarily true.

“Safety is essentially the same,” explains Koteski. “Whether you look at RA or GA, it comes down to the schools and how important safety is to them. A well-prepared pilot, flying an aircraft he is comfortable with and capable of flying, should have nothing to worry about. Both classifications are governed by stringent rules, which ensure the safety of pilots and passengers.”

Whichever way you go, find an instructor who is passionate about safe flying, and you’re set for life. 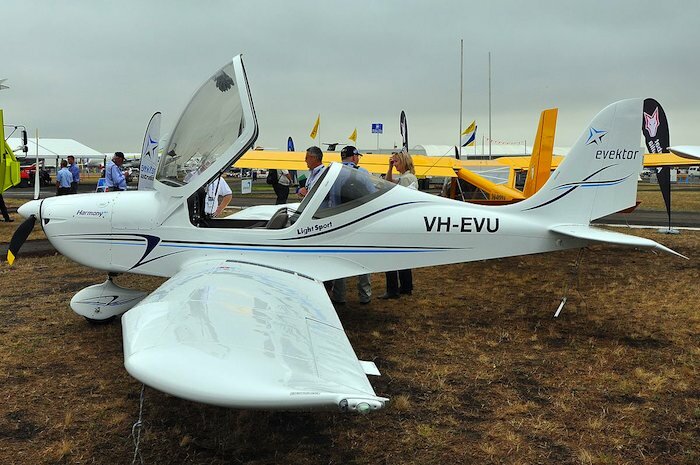 A TECHNOLOGICAL REVOLUTION
Recreational aviation encompasses a wide range of aircraft, from cheap and cheerful microlights that let you feel the wind through your hair, to more advanced (and expensive) birds that push hard up against the boundaries of the classification. This impressive range allows pilots to pick out something that makes their heart sing, whilst keeping their wallet happy. Of course, even the cheaper RA aircraft can usually be upgraded with useful gadgets, often straight out of the factory.

With everything from open-cockpit ultralights to enclosed-cabin marvels, it can be hard to choose a first RA plane. Top picks for ultralights are the Fly Synthesis Syncro, which is surprisingly roomy and has snazzy carbon fibre wings, as well as the Airborne XT Outback, which is as brawny as it is budget friendly. A more advanced recommendation is the Czech-designed Evektor SportStar, which has specs that would impress even GA aficionados. When it comes to the boys from Soar Aviation, there’s one little plane they’d recommend above all others.

“Without a doubt, I would recommend the A 22LS Foxbat,” reveals flight instructor Joel Branch-Spence. “It’s perfect for Australian conditions because it’s incredibly tough and is built to handle this country’s rugged landscape. It’s easy to handle, which is perfect for newer pilots, but also has a respectable top speed. The Foxbat can carry a decent load, meaning it’s versatile, and can also land and take off in cramped spaces, allowing more options for where you can fly it. The price makes it accessible and it’s a brilliant all-rounder, so I wouldn’t look any further.”

“Definitely the A 22LS Foxbat!” adds Portlock. “It has a short take-off, a fantastic landing capacity, and is a very easy aircraft to pilot and train on. At slow speeds, the controls are light and effective, but as the speed increases they firm up. It definitely leads to a more relaxed experience than more sensitive, high-performance aircraft.”

In fact, it’s three from three for the Foxbat as far as Soar are concerned, with Koteski also backing the Ukrainian delight. “It has brand new avionics and a spacious cabin with incredible visibility thanks to the floor to ceiling glass doors. The aircraft offers maximum visibility which is especially great within the training circuits, but also increases the enjoyment for more experienced pilots. It’s a great aircraft and I wouldn’t hesitate to recommend it.”

Gone are the days of heading up in a microlight and being forced to fly it by gut instincts, because now most are fitted with the latest avionics – and the rest can be retrofitted if need be. Garmin provides suites that work brilliantly with our lightweight friends, and the tech is evolving at a startling rate.

The designs of RA aircraft, and the engines that power them, are also cruising forwards at a speed that startles industry veterans. Newer, faster and better RA-certified planes are coming out all the time, and some of the most exciting machines of recent years have been in this category.

“The variety of aircraft available to recreational pilots has grown so much in recent years, and it’s wonderful to see because there’s now planes to suit everyone,” Portlock says. “RA has really gone full circle with their aircraft options. Whether you want to fly a light sport aircraft for quick joyrides, an aircraft you can cruise around, in or one that is fast and goes 150 knots, you can.

“This all really comes down to the staggering increase in quality and variety of the aircraft and avionics. Not only are new models being released by manufacturers from around the world, but there are regular updates to existing aircraft. The technology eventually filters throughout the industry, which is very exciting.

“The beauty of RA is that testing and advancement in technology is promoted much more than with GA, so there’s always something new on the horizon.”

The world of recreational aviation is always evolving, and the reasons to choose this exciting path over general aviation are different today than they will be in five years. One certainty is that if you do head down this runway, you’re in for a lifetime of fun and wonder, with a wide range of aircraft to jump into and the whole world explore. 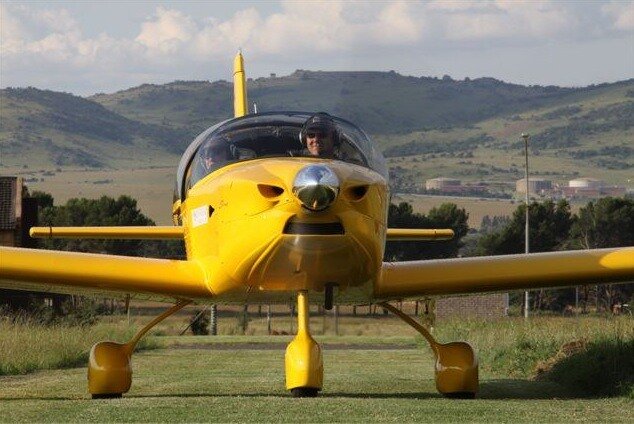