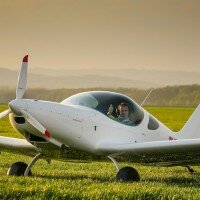 If you’re the proud owner of a beautiful Bristell aircraft, then you’d already know about Brett Anderson from Anderson Aviation. Brett is the sole distributor of Bristells in Australia, and has a true passion for these very special planes. We wanted to get to know more about Brett, his time in the aviation industry, and the machines he sells.

Let’s start right back at the beginning: how and why did you get interested in aviation?
“I’ve loved aviation since I was a child, and it’s become a huge part of my life. In primary school my father picked me up from school and took me to Sydney on a plane during a business trip, I think it may have been TAA or Ansett. From that point on I wanted to fly. That was back in the 60s, and my passion has never waned.”
How did you get into the industry?
“I purchased the first of what was to become the Bristell before there was a distributor, and put it through its approvals and registration for Australia. Being the first and having no one in Australia to look after the aircraft, the obvious decision was to follow up with the manufacturer and become his representative, which I did. The rest is history.”
What’s your all-time favourite aircraft and why?
“I don’t have an all-time favourite aircraft as there are so many that I think would be great to fly in. Many different aircraft are fascinating to me for different reasons, and unfortunately I’m never going to be able to fly in the all. I use to love the BD5 when I was a kid. I think because of the James Bond films.”
What makes Bristell aircraft so well suited to Aussie conditions?
“Part of the reason for the Bristell becoming so popular is the cabin space. It’s the largest in its class. As the manufacturer custom builds each aircraft to the customer’s requirements it’s able to accommodate a very large range of body sizes and shapes. The aircraft has two 60 litre fuel tanks and an excellent fuel burn with very large storage compartments, allowing the aircraft to be used for a wide range of applications.

“The aircraft comes in a variety of configurations, including Fixed Gear, Tail Dragger and Retractable along with standard or short wing and Recreation registration or VH registration. More flight schools are using Bristells as they realise the same build of aircraft can be used for ab initio right through to night VFR. Their relatively slow landing speeds with the ability to get up and go make them excellent for the private owners who wish to travel or just plod around the local area.”
They all sound brilliant, but what’s your personal favourite version of the Bristell?
“As the aircraft are all individual and each customer has their own take on what they would like, I get to experience all the variations that have been supplied to date. Overall due to the location that I generally fly in, with variable wind conditions created by a local mountain and the short, narrow runway which only runs 02-20 and more often than not has cross winds, I tend to prefer the shorter wing.

“The standard wing in normal conditions is hard to beat and, as the manufacturer states, the short wing is the Porsche and the standard wing the Limo. That’s probably a good way to describe it. For those who like the faster roll rate and a very definite landing the short wing is the way to go. For those who like it a bit more sedate, then the standard wing is the best option, but ultimately it will be up to the individual. Neither is better than the other, they’re just different. I like both the Analogue and the Glass versions for different reasons, so I guess my favourite one would be the one that I was in at the time, haha! They are all good.” 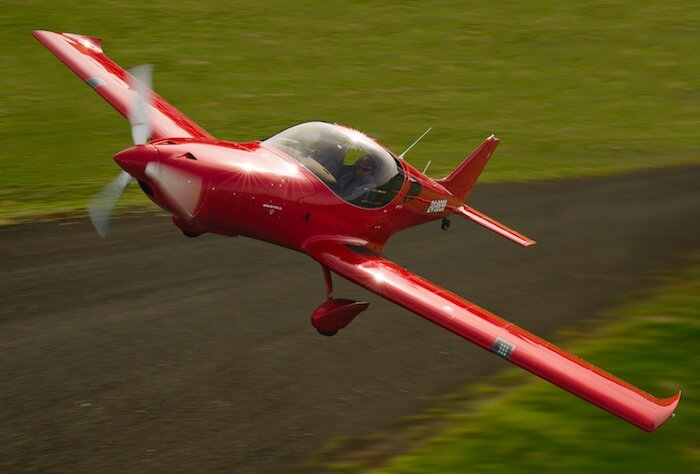 One of the best things about Bristells is that they’re custom-made to the owner’s wishes – what options are available?
“There are too many options to mention and basically the customer can only ask if something can be done and the manufacturer will say yes or no. The initial list of options the customer is faced with are, as mentioned earlier, FG, TD, Retract. Standard wing, Short wing. Wing lockers front locker, ballistic chute. Tinted canopy – there are five options, with or without sliding windows. Propeller types – there are six options, from fixed to full CS units. As for the motor types available, BRM recently flew the new Bristell with the Rotax 915iS at the Friedrichshafen air show, and this will be an option next year.

“As far as avionics are concerned, a basic analogue system is available as standard, and the options go right through to full night VFR analogue or Glass. There are 62,000 colours to choose from for your paint finish, including full metallic. And finally the upholstery; there’s everything from basic velour to full leather in any colour and pattern within the design capabilities of the seat. Basically if you can think of it and it can be done and stay within the aircraft specifications, then the factory will attempt to do it for you.”
That’s a lot of options! Is Anderson planning to expand into any new markets in the future?
“I have been asked by a few companies to look after other aircraft, including one from France with a brilliant mountain-flying heritage. I have said no to some, but others are currently under consideration. Anderson Aviation has become the official Australian importer for Beringer Wheels, as used on all Red Bull aircraft, and DUC propellers, with the first range of stock for both companies currently shipping. Hopefully my website will be altered in the not too distant future to reflect those products once they have arrived and I am fully equipped to deal with supply.”
What’s been your proudest achievement during your time with Anderson?
“On reflection I think there have been numerous achievements during my time including receiving the award for best LSA/Ultralight on display at Avalon Air show 2017 for my TD. The other thing that I am happy about is that I have become very good friends with many of the Bristell owners. At Narromine later in the year there are already many of the owners who have indicated that they wish to catch up as we did last year. It’s a really good atmosphere and everyone looks forward to the event and the catch up.”
Why are your customers so passionate about Bristell aircraft?
“I think because they have customised their own aircraft in many ways makes them more passionate towards them. It’s a reflection of themselves. Not all customers have optioned the aircraft from the beginning as some have purchased one that was already available but they soon learn to appreciate the quality of build and performance. An owner once told me, “The more I fly the aircraft the more I respect what it can do.” Another said he wishes that he had sold his old aircraft and purchased the Bristell 10 years earlier. He absolutely loves it.”
We don’t blame him! Which song title best describes Anderson Aviation?
“Up Up and Away, haha! No, Born to be Wild. Wait, does Top Gun have a theme song? Perhaps it’s best for the Bristell owners to come up with their own. After all, their aircraft come any way they want them.”
What’s the most incredible flying experience you’ve had?
“The one that comes mind is when I was passenger to Chris Sperou in his Pitts back in the 80s, when we were filing an episode of The Flying Doctors at Point Cook Airbase in Melbourne. Chris was employed to do an aerobatic routine for filming and I was chosen to be his passenger. Chris said we won’t be doing too much, but I remember landing with blood coming out of my nose. I loved the experience but obviously my body was not up to his level of G-forces. When Chris got out he said, “Sorry I forgot you were there as I was having so much fun”. He told me we were hitting negative 4G, so I guess that would have done it. He said he did his full aerobatic routine. It was a great experience and I loved all of it. I worked with Chris on another commercial years later. I think it was for Guinness.”

What’s the funniest thing you’ve seen during your time in the industry?
“Strangely enough the funniest thing I saw was watching three friends learn to solo in the powered paragliders that I used to fly. Everything happens so quickly when you first start out and watching them do everything wrong and just get through by the skin of their teeth was initially scary, but then funny when they finally got off the ground. That was followed by one of them doing his downwind checks in his head but not actually looking at the conditions, and being unable to work out why he couldn’t land. The wind had done a full 180 degree turn and he didn’t realise that his downwind took him forever and when he turned final he took off like a rocket. We were all on the ground trying to get him to realise what was going on.”
Who’s the most interesting person you’ve met in the aviation industry?
“I’ve met a lot of interesting people over the years. Two that come to mind are Milan Bristela and Jess Smith. Milan is the owner of BRM Aero and designer of the Bristell. Milan and I are the same age and when you talk to him you realise the life that he has had in the Czech Republic is incredible, and his achievements and knowledge are amazing. I’ve seen photos of his house, and the basement he worked in as a kid with his lathe and tools. It’s incredible to compare that to the state-of-the-art factory he now works from. Milan is so unassuming and will help anyone who needs it. He is a very generous person and loves his aviation and design.

“Jess is the other one who I meet back in the 90s when he was teaching the Airforce composites. Jess is now in his early 70s, and was happy to accommodate me in his class in order to learn more about composites. He truly is a walking encyclopedia when it comes to aviation. Jess started his career when he was 15 in the British military, and moved out to Australia shortly afterwards. I think he worked at Wimmera. His background is very diverse, dealing with all avenues of aircraft construction and power sources. I am constantly being taught something from both Milan and Jess. Both will take the time to explain something to you and help you wherever they can. I am very grateful to both for all their help and training.”