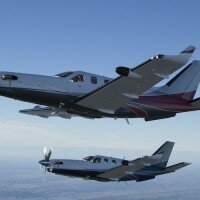 Private pilot Jean Jacques Bely is the MD of Singapore-based Franco-Asian Enterprises. In his search for a suitable aeroplane to transport him around Southeast Asia and the commute between Singapore and Perth, the 57-year-old recently invested in a brand new high-performance TBM 900. Derek Royal recently caught up with Jean Jacques to discuss an aircraft that has taken the world by storm.

Jean Jacques Bely is a busy man. As head of a company that has become an important partner for Asian suppliers wanting to develop new business opportunities throughout Africa and Europe, time is critical; thus his desire to invest in an aircraft that suited his needs.

The French-born Singapore resident has owned aircraft before, including a Cirrus SR22 and Vulcanair VR, while he currently has a Cessna 182 based in Perth. So what drew him to the 900?

“Five years ago I was not very clear about my mission,” he says. “I wanted a change and bought a piston twin, a Vulcanair VR which proved to be a bad match for my mission and very problematic to maintain. After a year and a whole lot of expenses, I placed the Vulcanair for sale and ordered a new Cirrus G3 with Perspective avionics. The Cirrus was a nice aircraft for Australia but was too slow, burned Avgas and was range and payload limited.”

So in late 2013, Jean Jacques realised that he was better off selling the Vulcanair and investing in an aircraft that he could use throughout the Pacific Rim and to commute between Singapore and Perth. His requirements were specific: 300 knots cruise, Jet A fuel, six seats or at least four seats with full range, and a minimum range in adverse wind conditions of 1,200 nautical miles. Jean Jacques also intended to fly the plane himself so it had to be a single-pilot machine he could fly with confidence and safety.

“After searching, I found out that only a few aircraft could match this mission,” Jean Jacques says. “A couple of twin turbine aircraft had the range and the speed but they were more complex and old. The only issue with the TBM was the cost (starting at US3.71 million standard) but once I completed the sale of the Vulcanair in December 2013, I placed my order with Socata.”

Over the past four years significant improvements have been made to the latest TBM. Using a computer model known as Fluent, engineers discovered several areas where the TBM could reduce drag and gain speed.

By modifying the engine air intake and plenum chamber, the 900 gained six knots worth of drag reduction, while flaring the exhaust stacks slightly outboard eliminated drag-producing turbulence, gaining another one or two knots in airspeed. Similarly, studies showed that the TBM 850’s inner main landing gear doors were creating three knots’ worth of drag, so these were eliminated in favour of a single pair of doors.

Other aerodynamic changes include winglets and a new dorsal fin, but the most significant changes have been made in two areas: the propeller and powerplant. The new Hartzell propeller, with five swept blades made of carbon fibre, plus the 850 shaft horsepower generated by the PT6A-66D turboprop engine has seen a 15 per cent improvement in initial climb rates, enabling the 900 to reach its maximum operating altitude of 31,000 feet in 17 minutes, 15 seconds (under standard ISA conditions) – a 14 per cent improvement over the TBM 850. Other performance improvements have been made in takeoff distance at both sea level and high altitude, with the 900 easily outperforming its predecessor. The 900 boasts a maximum cruise speed of 330 knots at 28,000 feet and 326 KTAS at 31,000 feet, an improvement over the 850 of 10 and six knots respectively. At maximum power settings the 900’s range is 100 nm further than the 850.

In short, the TBM 900 is the most optimised variant of the TBM series, and the fastest and most capable. It also has the biggest price tag, starting at US$3.71 million. But for Jean Jacques, who at the time of writing had logged just 40 hours on his beloved aircraft, the investment has been worthwhile.

“It has been a real satisfaction and a perfect match for my future mission,” he says. “I think it is the ultimate personal aircraft a private pilot can fly. Anything beyond that is the realm of transportation with professional pilots up front and you in the back. It still has to be flown with the right professional attitude as any pressurized 300 knot aircraft should. I trust that I will need another 50 hours in her to be more confident with its handling and fly her to the maximum of her capability.” 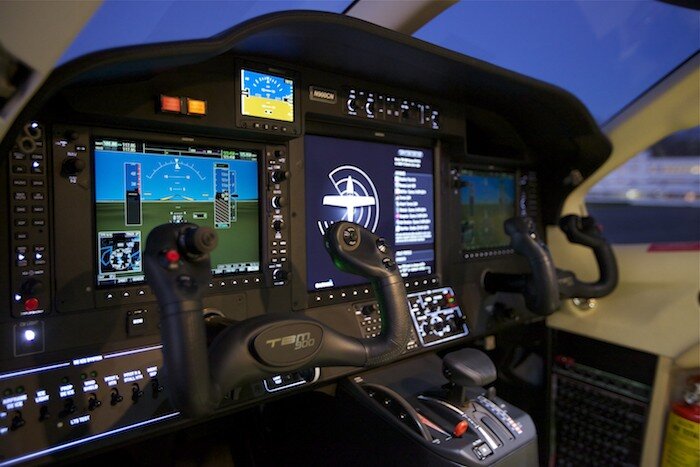 To prepare for life as the owner-pilot of one of the world’s most sophisticated machines, Jean Jacques completed two-and-a-half weeks of factory training in France and then accepted an offer to join ferry pilot Captain Dominique Deschamps on the journey Down Under. The course consisted of six days of intensive ground school and simulator training; and around 10 hours of flight time. While in France Jean Jacques also completed the ground and air training for the FAA’s high altitude endorsement, enabling him to fly the TBM under US registration. He is now waiting for his TBM training to be endorsed by CASA.

The ferry flight to Australia proved to be a golden opportunity to not only gain experience in his new aircraft, but to also observe at first hand the skill and precision required to operate such a high performance machine. On a journey that stopped at nine destinations en route to Perth, Jean Jacques thrived on the unique opportunity to learn from one of the best in the business, and given Deschamps’ impressive CV, that comes as no surprise. A senior aeronautical engineer at Airbus and previously at Socata, Deschamps is also a senior test pilot and instructor having worked on the TBM and several Airbus types, including the A380. Sitting alongside such an experienced pilot presented Jean Jacques with a unique opportunity to enhance his flying education.

“I flew about two thirds of the journey but was always under the supervision of Captain Deschamps,” Jean Jacques says. “It was an extremely valuable trip for the learning experience of flying the TBM at large international airports. I have done a few ferries myself in the Cirrus and the Vulcanair but none of these aircraft fly at TBM speeds and managing a high speed arrival at a busy airport like Mumbai between jets requires good planning and experience with your aircraft descent profile. I learned a lot during this trip, including weather avoidance as well and airmanship just by watching and listening to a real pro talking and explaining his decisions to me.”

So what’s it like to ferry an aircraft from one side of the world to the other?

“If the ferry trip is well prepared with all permits ready on time, it’s a non-event and that is the way you want it,” Jean Jacques says. “Despite the excellent seats in the TBM, eight to ten hours of flying a day is tiring especially when travelling east. One gets a glimpse of a nice view sometimes but it’s not ideal sightseeing. I am sure the same trip done with a few days’ stopover between legs would be more enjoyable.”

According to Jean Jacques, the critical factor in any ferry is the turnaround time at the airport. “They were usually good except for India and Jordan,” he says. “One has to remember that any delay might render a future flight permit invalid, it’s a chain reaction. So in conclusion, there’s nothing glamorous about the ferry, it’s a race against time with some nice views from time to time, but it’s something I would advise any buyer to do if given the opportunity.”

One gets the sneaking suspicion that Jean Jacques will not only get a good return on his new investment, but also plenty of enjoyment piloting his latest machine around the airspace of the Pacific Rim and Australia. 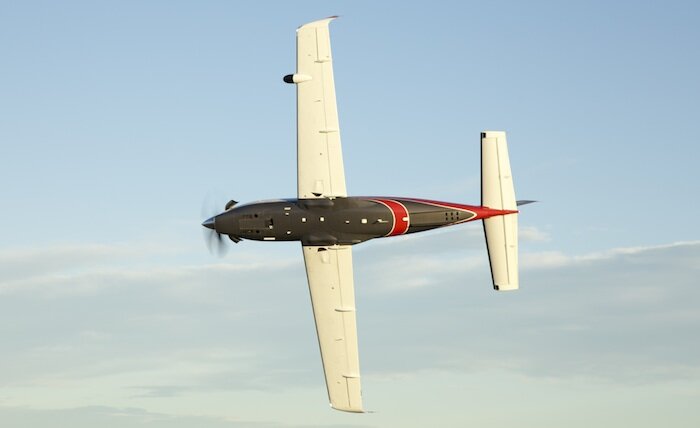