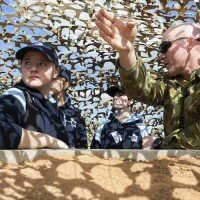 A Women’s Technical Camp was recently held by the Air Force at RAAF Base Wagga. The intention was to give young women a taste of a technical career in the Air Force.

At the conclusion of World War Two, Australia had the fourth biggest Air Force in the world, with well over 7,000 aircraft. What is now often forgotten is that the vast majority of the technical and mechanical staff were women. In fact in some categories such as Radio Technician, women made up around 90% of capability. Women maintained engines and undertook all the technical and engineering roles needed to keep the Air Force fighting during the time of our nation’s greatest trial. The Technical Branch of the Air Force has received high praise for its efforts during the war, proving to be reliable and adaptable when Australia faced its time of greatest threat. Without the contribution of its majority female technical workforce, achieving victory would have been impossible.

Today the situation is very different and women make up a single figure percentage in some specialist technical roles such as Aircraft, Avionics, and Armament Technicians. In order to achieve capability it is not an option to overlook more than fifty percent of the population, so a concerted effort is being made to introduce young women to technical roles. As part of this Women’s Technical Camps are held regularly by Air Force with the most recent iteration being at RAAF Base Wagga.

Flight Lieutenant Margaret Traill is Staff Officer Air Force Gender Programs and explains that the purpose of the camp is to provide a brief overview of what an Air Force technical career might be like, as well as a taste of military life. The camp aims “to give young women an opportunity to experience Air Force life and specific technical careers available to them”, she says. “The focus of these camps is to promote the Air Force as a career option, specifically focusing on technical roles, some of which have less than 3% representation of women in them currently”. The camp provides a basic over view of some of the training and experiences that all military personnel may expect, as well as a preview of what is entailed in technical roles. It should be emphasized that once they join women are subject to the exact same standards as males”. 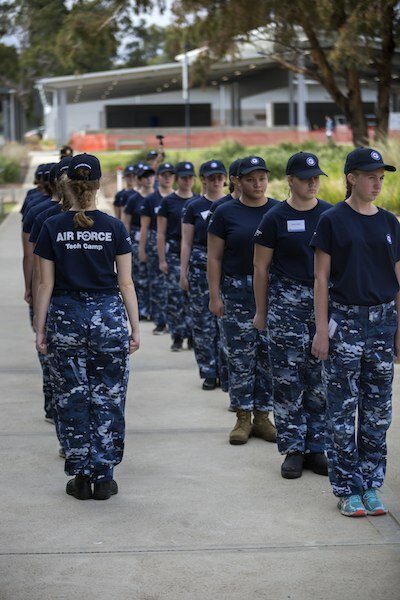 Flight Lieutenant Traill says that the camps play a significant role in contributing to capability: “Women are a largely untapped group of potential for the Air Force”, she points out. “Increasing participation of women in the Air Force affects capability on two fronts, firstly diversity.  The best possible Air Force is a diverse one and currently the Tech and Engineering roles have 3% and 8% representation of females respectively.  This means we don’t have the best that the population can offer.  Secondly, Australia’s population is an ageing one and the Air Force won’t be able to meet its 2030 capability if it doesn’t recruit from the entire population”.

She feels camps aimed specifically at women are important, especially with the current small figures of women involved in these roles. “Studies and experience shows that women feel more comfortable and are more likely to participate in camps and forums if they are all women”, she says. “For example, Bunnings initially had the occasional one or two females on the DIY course they held, until they ran an all-female one which had an overwhelming response with a waiting list long enough for three sessions.  When conducting camps or courses in traditional male dominated roles, women often feel like they are belittled, or mocked when participating with men. This also leads to them being less likely to ask questions and participate fully.  As such we run a camp that creates a fun and inclusive environment, where young women don’t feel like they are the odd one out”.

Participant Kimberly Daly from Queensland wants to be an engineering officer but came to the camp to explore the different options Air Force offers. “I want to be an engineer because I’m a very curious person and love to know how things work. I also want to be challenged in my future career”, she said. It was a “great experience to moderate and empower young women to strive high and reach for anything.” Participants regularly describe it as a “life changing” experience that pushes them to challenge themselves, and consider jobs dominated by women in generations past. As Australia faces a complex and challenging future, it is hoped that once again women will be drawn to the technical roles essential to delivering capability for the Air Force.