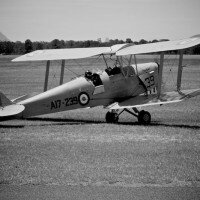 There is an urgent need for a National Aviation Museum and Archive in Australia. Many of the aeroplanes significant to the Australian aviation heritage are dispersed in various museums around the country – military, commercial, community and private.

Our truly significant aircraft, both military and civil, should be collected and preserved in a central museum which would undoubtedly be as big a tourist attraction as the Australian War Memorial and the National Maritime Museum.

A National Aviation Museum should also be a central archive collection of significant documents, maintaining a database and index and either holding the originals or maintaining links to where they are stored.

The first powered flight in Australia was made on 9th December 1909 by Colin Defries at Victoria Park in Sydney, just six years after the Wright brothers made the world’s first powered flight at Kittyhawk NC on 17th December 1903. Defries’ aircraft was a Wright Model A, a development of the Wrights’ first “Flyer”. His flight was followed in 1910 by a number of other firsts: first in Victoria (Houdini); first in South Australia (Custance); first Australian-designed and built aircraft (Duigan). Duigan’s biplane is held by Museum Victoria, but is not on public view.

Aviation quickly became as important to the development of commerce in Australia as were the railway and highway systems, due to the large distances between our commercial and population centres.

Our early aviation pioneers, frequently young men who had experienced the excitement and the potential of aviation during World War I, set out to establish local and interstate air services, and to prove the feasibility of connecting Australia with the rest of the world by air. The heritage of these pioneers is indelibly connected with the aircraft that they flew, and many of these early types have been preserved. In some cases the original machine still exists, or a similar type has been preserved: it is evidence of the widespread interest in aviation history that so many old aircraft have been kept from decay and are open to public view.

Ten years after Defries took tentatively to the air, the great distance between Australia and Great Britain and Europe was effectively reduced by the Smith brothers, Ross and Keith, who flew a Vickers Vimy from London to Darwin in 30 days. Nine years after that, Charles Kingsford-Smith and Charles Ulm flew across the Pacific from Los Angeles to Brisbane in a Fokker F.VII-3m, in just 10 days. Within two decades of the beginning of aviation in Australia the two longest air routes in the world had been pioneered. The Smiths’ Vimy G-EAOU and Kingsford-Smith’s Fokker Southern Cross are both preserved in dedicated buildings at Adelaide and Brisbane airports respectively, but neither is easy to get to and at both the viewer is kept outside, peering through glass at the aeroplane inside.

World War II generated another surge in aircraft technology, and saw the creation of the aircraft manufacturing industry in Australia and of another set of

legends around Australian airmen in battle. After that war there was again a number of restless young men who wanted to continue flying, and in doing so further expanded the possibilities for aviation in developing this country. Their aircraft have also, in many cases, been preserved.

In the second half-century of aviation advances in aeronautical technology confirmed the aeroplane as an essential and safe vehicle for domestic and intercontinental travel, as workhorses of agriculture, mining and life preservation, and as vastly effective military weapons. Examples of these types too have been kept as artefacts of a modern world. 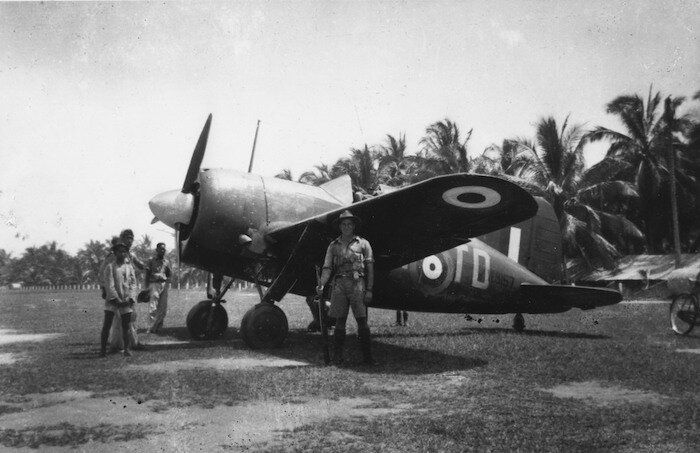 The Case for a National Aviation Museum

The preservation of significant aeroplanes is costly and housing them to prevent the return of decay requires large buildings and is also expensive. There is a large number of aviation museums around Australia, yet all of them are of narrow focus, and there is no single museum that represents all ages and uses of aviation.

The numbers of museums and of preserved aircraft in Australia are a clear indicator of the public fascination with flying machines. Yet even the best of these museums is not of world-class standard, and the majority of them are run by volunteers, are under-funded, the exhibits are over-crowded, and too many aircraft have to be left out in the weather, deteriorating faster than they can be preserved.

The great aviation museums of the world such as the National Air and Space Museum in Washington DC, the Musée de l’Air et de l’Éspace in Paris, the Italian Air Force Museum outside Rome, and a handful of others, are state-funded, have large and well-lit display halls, have a continuing restoration programme of new and current exhibits, and have extensive archives of documents and photographs. It is fair to say that few museums, of any type, in Australia are at the level of these.

The cost of running them is large, and they are in population centres where the huge numbers of visitors can justify and support their existence.

However, at the next level, there is a much larger number of excellent aviation museums dispersed over many countries and cities of the world. Equivalent to these amongst Australian aviation collections are the Australian War Memorial (Canberra), the Powerhouse Museum (Sydney), the RAAF Museum (Pt Cook, outside Melbourne), and the Fleet Air Arm Museum (Nowra). Yet here one sees narrowness of focus e.g. on the Wars, on technology rather than aircraft, and on the Air Force or Navy. Whilst narrow focus is not a bad thing, not one of our top class museums shows the complete story of aviation. Nor, it hardly needs saying, does any of the smaller museums.

The complete story of Australian aviation can only be told, and must be told, by a National Aviation Museum.

The main criterion for locating a National aviation museum is relative ease of access by many visitors. A second consideration should be closeness to an airfield, allowing new exhibits to be flown in (and occasionally out).

Individual aeroplanes themselves have fascinating technology, and their streamlining makes them aesthetically pleasing. Behind the machine there is always a story: of the designer and manufacturer, of the pilot, of the operator, of its application, and its restoration.

Many cities would see an aviation museum as an asset to their tourism attraction, and there could well be considerable competition to host it.

The make-up of the aircraft and archive collections should be based on the significance to Australian development of the relevant artefact or document. There need be no other criterion (until cost or space become issues).

A list of desirable aircraft can be quickly drawn up by reference to the collections lists of aviation museums around the country. Of course, convincing a museum to part with its prized possession may be a sticking point, but one that is usually solved by swapping.

The idea for a national aviation museum has been mooted before, and a planning committee was set up – this is another indicator of the need for a museum. Regrettably, the project did not proceed.

This proposal is put forward as a first step towards getting a National aviation museum on the agenda of the Australian Heritage Strategy. It is a heartfelt and worthy idea, conceived by the Aviation Historical Society of Australia (AHSA) but of benefit and interest to each and every Australian mesmerized by the magic of flight. 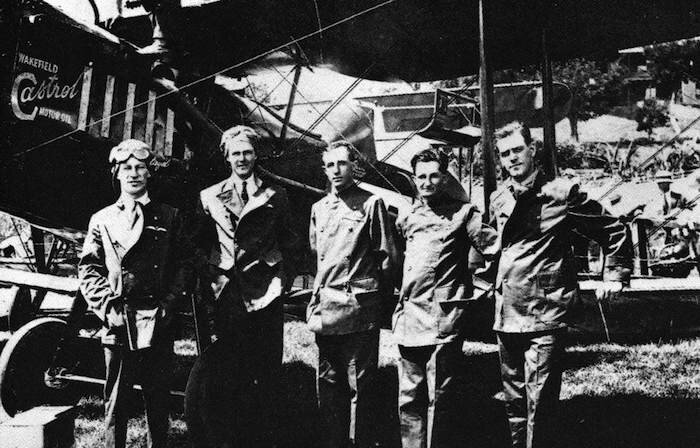