Categories Navigation Menu
Home » Featured » I Have a Drone

I Have a Drone 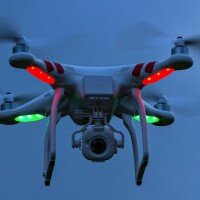 Unmanned aerial vehicles have been copping the wrath of many in the aviation industry lately, but the reality is, they’re here to stay. Aviator takes a look at a concept that has the potential to push the envelope of human imagination.

In 2013, a privately-owned drone copped the wrath of CASA after capturing footage of the aftermath of a bushfire in Lithgow, NSW. The footage showed the drone operating in close quarters to a water bombing helicopter. It also toured the interior of a burnt-out shed, and later soared over the heads of rural firefighters guarding the perimeter of a property from flames.

In the wake of the incident, CASA called on drone owners to “use their common sense”, particularly in the presence of licensed commercial aircraft. “Flying an unapproved remotely piloted aircraft near fire fighting aircraft, fire fighters and fire fighting vehicles is dangerous,” a CASA spokesman said. “The collision risk posed by an unauthorised drone could force firefighters to ground water bombing aircraft, putting lives and property at risk.”

An even worse scenario played out in California when firefighting aircraft were grounded after a drone passed within 500 feet of a firefighting aeroplane. Crews attacking the lake fire in the San Bernardino County mountains were forced to land all fixed-wing aircraft when the drone was spotted, preventing the delivery of about 5,000 gallons of retardant, while local authorities were forced to close down missions that could have contained the fire.

It’s hard to believe that something as small as a model aircraft, that can be ordered online by anyone, could pose a threat to fire-fighting aircraft—and, subsequently, to the people and property in the way of that fire. But the danger, not only to emergency aircraft but also to commercial and private flights, is in fact very real and getting worse. The fact is, a drone can damage an aeroplane easily, and in some cases bring it down.

While the California fire is the most recent case of drones interfering with emergency efforts, the flying gadgets have been plaguing aircraft for years as their popularity has skyrocketed.

The list of documented incidents covers some of the world’s busiest airports, including New York’s La Guardia, Los Angeles International, London Heathrow and Dallas Love Field. In each of the instances at these airports, one or more drones appeared near passenger planes as they approached their destinations.

While the risk from a drone to an airliner depends on many factors, the reality is that a collision between the two types of aircraft is nearly certain to damage the bigger one. The extent of that damage depends on the size of the drone and where it strikes the aeroplane. In addition, the speed of the aeroplane and what the aeroplane is doing at the time contribute to the potential damage.

But while the media loves the sensational news of near-misses and the dangers of drones, there are also some goods news stories out there as well.

Natural resource scientist James Rennie is a director with Australian UAV, a company that utilises drones in the survey, forestry, precision agriculture, industrial and natural resource management industries. He also uses them for general aerial photography and filming.

“The negative aspect of the industry is frustrating,” James tells Aviator, “but bad stories always get good readership so we try to highlight the safety risks associated with such operations. I was interviewed on radio when the Lithgow fire footage was released and they probably thought I was going to say what wonderful footage it was, what I actually said was ‘this is unacceptable because it’s endangering firefighters’; you can’t have UAVs flying around low level aircraft because it’s not a safe environment.”

James has spent around 17 years in the management and design of rivers, estuaries and wetlands. He has also held senior leadership roles in local and multi-national companies and provided consulting services to NRM agencies, mining companies and land developers. It was through this experience that he noticed the rapid convergence between his industry and UAV technology, hence the decision to establish Australian UAV in 2013.

“When we were established we were about company number 35 in Australia,” he says. “There are now about 300 companies, so in two years there has been a 10-fold increase. Most seem to be chasing the real estate market and the multi-rotor filming work, and we’ve tended to steer clear of that and established ourselves very successfully in science engineering, forestry, mining, all the bits that don’t take pretty pictures basically. Our thing is helping people make decisions and providing data. Facilitating decision-making. In terms of actual competition there are a few companies around that do the same thing as us but most do the aerial photos for weddings and real estate, etc, not things that really ring my bells.” 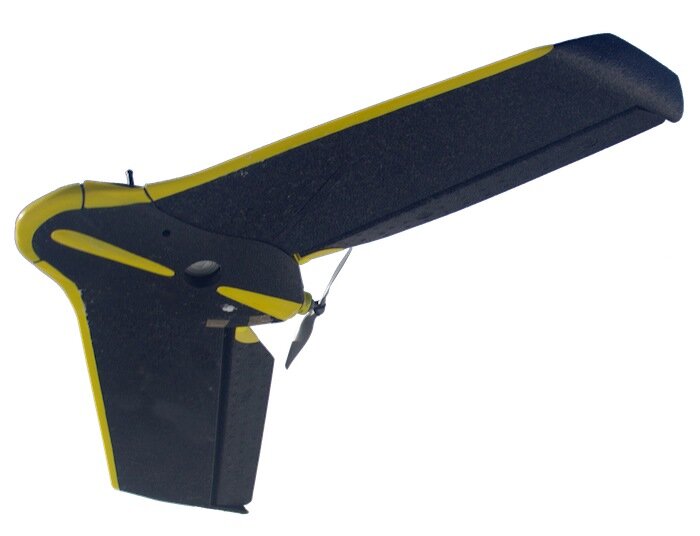 “Our data background is a major point of difference,” James replies. “We’re data managers who learnt how to fly UAVs rather than pilots who are now trying to learn how to use data,” James says. “And that’s our key point of difference, understanding what the needs of the clients are.

“Understanding the aerial photography and aerial survey side of things means that we’re able to tailor the projects and the flight plans and the needs of the clients, so there are a number of settings in the aircraft to capture different imagery and different surveys so it’s a case of planning your flight plan to meet the needs to the end user.

“Also, our safety management systems focus not just on our air work but also on our field work so we’re all trained in first aid, site safety, driving four-wheel-drives, four-wheel-drive recovery, remote area working, all those safety systems and processes are in place.”

When asked to name the biggest challenges AUAV faces when operating its special hardware, James’s answer comes as a complete surprise.

“Wedge tail eagles …” Wedge tail eagles? Yeah, wedge tail eagles, “they’re our number one business risk, which is something we didn’t consider when we started. But about one in five flights is attacked by an eagle. We’ve done around 1400-1500 flights so one in five equates to a lot and it doesn’t matter where in Australia we are – it happens everywhere. A lot of UAVs have come to grief because of our friends the wedgetails. We learnt very quickly that we have particularly aggressive eagles in Australia and they just do not like UAVs.”

So what can be done to prevent this? Not much, but “because we were the first to have the eBee aircraft from senseFly, we lobbied senseFly in Switzerland through our position as a distributor in Australia, to have a button attached to the controller. Basically, it’s an eagle attack button so as soon as the eagle is attacking – and they come in pretty quickly – when it gets very close to the aircraft, you hit the button and we go vertical and hopefully they can’t keep up. Ninety per cent of the time that works really well but it loses its effectiveness when they attack in pairs. We’ve had up to nine wedgetails attacking at one time. The eBee is about a metre in wingspan and 700 grams weight. As opposed to an eagle, 2.5 metres plus and 6 kg, they have weapons. It’s not really a fair fight.”

James agrees that a UAV can do everything that a conventional aircraft can, only more conveniently and cheaper. Like most enabling technologies, UAVs have lowered the cost threshold and this is getting people excited. Apart from collecting data, researchers and businesses around the world are demonstrating how UAVs can deliver packages, build structures, spray crops and be part of an integrated airspace.

The business case for UAVs focuses on small operators that can’t afford large aircraft, need eyes in the sky quickly or need frequent data collection. These are best described through scenarios like: bush fire monitoring, search and rescue, precision agriculture, surveying, inspections or promotional material. Whatever the purpose though, certified operators need to follow strict rules set out by CASA to ensure that they are not endangering the public or property.

So what of the rules and regulations for drones?

Until recently, only recreational users could fly drones without a licence. Their use for any commercial purpose in Australia needed an unmanned operator’s certificate. But CASA is looking at relaxing the rules for lightweight drones weighing less than 2kg, enabling commercial operators to fly them without first gaining a certificate or licence.

While a 2kg weight limit is restrictive, it gives businesses leeway to fly drones with HD video capability. The change should see business use of drones flourish. Real estate firms will be able to shoot overhead shots of homes for sale without engaging outside operators. Tradesmen, architects, professional photographers, journalists and farmers will be able to conduct fly-yourself drone activities lawfully.

But there is a catch. CASA spokesman Peter Gibson warned that unlicensed commercial operators will still have to obey the same rules as recreational users. They can’t operate within 30 metres of people not involved in flying the drone, they can’t fly over gatherings of people, fly above 400 feet (122 metres), and the drone must be at least 5 kilometres away from airports. Unlicensed users also have to fly by sight.

“It will offer opportunities for people using small machines but you’re not going to have carte blanche to charge around doing whatever you like,” Mr Gibson said.

James Rennie believes that such a move could be dangerous.

“Everyone in the industry is very concerned about that (relaxing of the regulations),” he says. “Letting someone loose with something weighing 2kg and flying up to 400ft is a concern. I wouldn’t want a house brick to drop on my head from 400 ft up let alone one that can burst into flames when it hits the ground with spinning blades of doom on it. There are already issues in the industry but this presents even more issues; this will create a free-for-all.”

Despite James’s concerns, he loves his job and the results UAVs are able to gain for his clients.

“Delivering really good data that looks amazing gives me a lot of satisfaction,” he explains. “That and some of the feedback I’ve had from clients. It really is changing the dynamic of data collection. The ability to go out and collect contemporary data and have it processed and delivered to the client within 48 hours is just invaluable. Some of the mine work I do that would normally take a survey team a couple of days to complete, it now takes me 15 minutes. I’ve processed the data and got the report delivered to them that afternoon, so it really is a huge efficiency gain.

“I enjoy being outdoors as much as I enjoy flying the drones but it’s the ability to produce really good imagery gives me the most satisfaction. That’s the bit that rings my bells.” 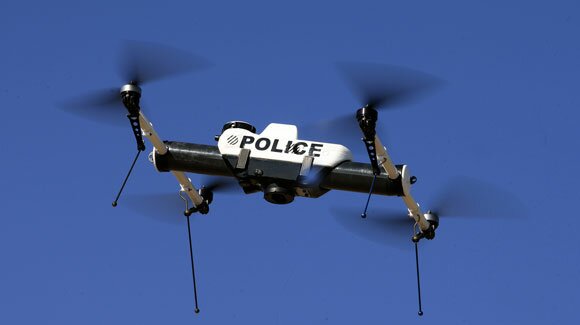