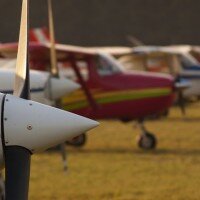 The answer to this question is clearly no – if we are to accept the conclusions in the recent AOPA prepared Eureka Project document. Apparently, GA isn’t dying: it’s being killed off.

The lengthy Eureka Project presentation to Government warrants close reading and your action to stir up your local member to ask the questions posed. It certainly stirred up CASA recently who were presented as the whipping boy. However, while it’s easy to point the finger at the local regulator, there are other factors that also impact negatively on General Aviation.

A very significant, long-term impact on GA, and a far subtler one, has been the inaction of government in respect of lack of protection of airfields. Many of us have seen the fallout, especially in NSW where land values and noise protests are driving airfield closures or operation al restrictions. It also has to be pointed out that recreational aviation has experienced a very turbulent few years – the Jabiru ‘episode’ and internecine fighting going some way to disrupting the nest in this usually buoyant sector of the aviation market.

Furthermore, there are some issues highlighted in the Eureka report where we might care to posit a contrary view, Specifically, in the sub 5,700lbs (2,538 Kg) single-engine aircraft zone, which AOPA represents in the main, other homegrown associations have a far brighter outlook.

Contrary to the perennially-touted decline in GA, there is still a demonstrably healthy and growing Light Sports Aircraft (LSA) segment. This operates directly under the same regulator and via Recreational Aviation Australia (RA-Aus). It might be reasonable to assume some lessons could be learned from that process.

Certainly the FAA feels that lessons on regulation and administration have been learned from the less restrictive and less expensive S-LSA regulations. There is a hope that a move to simplify future GA aircraft regulations and reduce ongoing cost for GA manufacturers might soon emerge, based on the original S-LSA concepts.

What is also interesting in this aircraft class is the ‘breaking of the LSA weight glass ceiling’ formally limited to 600/650 Kg for Light Sports Aircraft, the latter for amphibious seaplanes in the S-LSA.  This was recently granted to allow for an MTOW increase and the fact that the European regulator, EASA, already has an upper limit of 750/760Kg. Perhaps there is some prospect that Australia may have an interest in this weight range near term?  Recreational Aviation is leading this charge locally.

The AOPA report also makes it clear that the effectiveness of other air transport regulators is significantly different to that in Australia. It’s not just a matter of scale, since NZ and USA, at either end of the size spectrum, are both held up as examples of organizations with clearer and more effective regulations and management, than our own in Australia. Yet, the elephant in the room, which is frequently skimmed over, is that all these disparate regions have very different environments under which they operate, as well different regulators operating under different local legislation and policies.

So who are the main players involved with AOPA in the sub 5,700 Kg single engine aircraft markets and what role do they play? Above this 5,700 Kg area flies pure GA, including multi-engine and commercial operations – each have their own regulations and structure. AOPA plays a part too here as well, though CASA regulates this sector directly. And bear in mind, many pilots are members of more than one organisation, to cater for their personal and business interests.

AOPA’s official mission statement, reads: ‘AOPA Australia was formed in 1949 by pilots and aircraft owners who realised the need for a united voice when lobbying governing and regulatory bodies in relation to legislation and costs associated with aviation. Over that period the aviation industry has changed remarkably. Yet despite these changes AOPA has always been there to give pilots and aircraft owners a voice.’

Of course, they are not to be confused with the other AOPA, the Australian Orthotic Prosthetic Association, although both associations’ strategic focii dovetail – ‘professional development, advocacy lobbying and representation AND to enhance the association’s self-regulation mechanism. However, our very own AOPA might like to see more of the latter. Then again, self-regulation would be more aligned with RAA’s structure, and its attendant responsibilities may well be a poisoned chalice. RA-Aus spend innumerable man-hours when called upon to investigate and provide commentary upon any RA accidents. Is that a burden that AOPA are prepared to take on?

So, in summary, AOPA’s role could best be described as an advocacy group representing GA and Commercial pilots with the regulator and providing other support services e.g. airfield data and fuel pricing. Pilots and their aircraft are ultimately administered by CASA. AOPA plays no role in this administration.

In contrast, as well as the usual advocacy, RA-Aus actively administers the register, oversees the RA fleet as well as training and certifying pilots, flight schools and maintenance outfits.

Ultimately, the importance of RA-Aus lies in the fact that it is the one of the of the largest national organisations that operate under a delegated authority from CASA, to run the growing segment of Sports aircraft, including the Light Sports Aircraft (LSA) and Experimental LSA (E-LSA) types. Originally RA-Aus started in the old days of Ultralight ‘rag and tube’ operations, when very simple aircraft were severely limited to a maximum height of 500 ft in uncontrolled airspace. Things are vastly different today with their UL and LSA types aircraft spanning the globe.

We’ll be covering in detail the newer types of LSA and E-LSA aircraft in a future issue.  In the meantime, suffice to say that these aircraft were designed to be simple to construct, have low running and maintenance costs and compete with GA machines. The AOPA contention that LSAs were for some reason “not as strong and durable”, I would humbly refute now that their carbon fibre construction is so well proven. In addition, the fact that these do not require a CASA medical to operate provide good reason to take a second look at RA-Aus managed aircraft.

Crucially, RA-Aus is responsible for developing and administering not only the aircraft operations under rules they develop for CASA’s approval, but also the pilot training and aircraft maintenance activities for the “lighties”. Like CASA’s LAMEs (for VH registered types), the RA-Aus Level 2.3 and 4 engineers apply their specific skills to the Ultralight and LSA types, rather than the mainly USA designed ‘heavy metal’ engine types which are the main focus of the typical GA LAME in the sub 5700lbs sector.  As you might expect though, some Level 2,3 and 4 RA-Aus engineers also are licensed to work on GA aircraft.

Again, the SAAA’s mission statement, reads: ‘The SAAA National Council works for our members to improve your operational approvals and communicate with CASA regarding the changing aviation environment. We work to provide members with the information they need to make good decisions regarding their particular desire in aviation. The National Council has introduced courses in various aspects of aircraft maintenance training and we are growing into this training function rapidly. Soon we hope to have some flight operations included in our scope.’

To encapsulate the differences between SAAA and RA-Aus, it’s fair to say that the key focus of SAAA is not on factory-built aircraft. Rather, it’s a community of builders that helps its members select a design to build commensurate with their building capability. THE SAAA then supports their members throughout the build process with engineering supervision and encouragement to see the project through to completion.  Its operational style compares favorably to the well-known EAA organization in USA.

Who Else Consults CASA?

There is also a range of other Aussie associations who form CASA delegations from time to time. They include the Gliding Federation Australia, the Warbird Association, the Hang Gliding Association and the Australian Ballooning Federation. Quite an assortment but it goes to show how much ground (well, air) CASA has to cover.

So that’s the regulatory and interested parties’ framework sketched out, what are the main differences, economically, between the GA and RA sectors?

For those familiar with the international markets, it’s not a surprise that the Americans, who have tolerated gas guzzling cars for as long as anyone can remember, pay little heed to the price for either Super 95 or 98Ron Mogas or 100 LL Avgas – the latter being the main GA fuel.

The cost and uncertainty about the continuance of 100LL in Australia and NZ, as well as Europe, is obviously a significant cause for concern for us. Meanwhile, the Americans are seeking a fuel alternative. Furthermore, our vast, facility-free and unpopulated geography and far smaller demographics, delineate specifically homegrown issues in terms of fuel costs and what type of aircraft prospective buyers plump for. 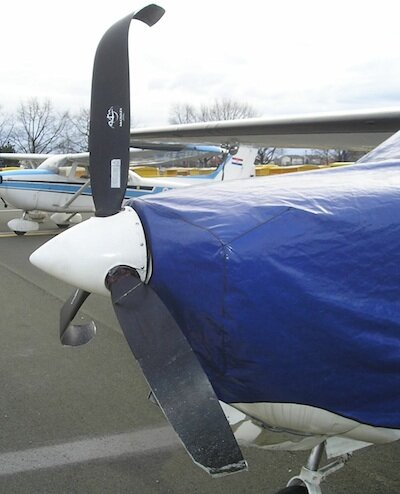 The AOPA Eureka Report has correctly identified that “the old guys with their years of experience are dying out” as the GA population shrinks. Since the recruitment and training of young engineers has also reduced, they are not being replaced. In North America, due to the huge aircraft population and the depth of knowledge around the traditional GA engines, the large fleet keeps rolling on apace. Competitive pricing in the States between larger numbers of LAMEs and the strong preference for anything ‘made in the USA’ has sustained a strong aviation market.

Conversely, in Australia, for the remote farm owner/pilot, GA maintenance recently got harder. It doesn’t matter how competent the LAME is, the farmer can no longer get his Cessna or whatever repaired on his property when it’s broken down. The recalcitrant machine now needs to scamper back to a CASA Approved Maintenance Facility by truck.

Shake it all About

So, all in all, it’s a bit of a mixed bag. There are certainly a number of man-made obstacles recently thrown onto the path of GA. On the other hand, there are also a fair few laments that simply do not take into account the specifics of Australia, instead pointing out unfair comparisons in a mythical homogenous aviation uber-market.

The continuing advances in LSA aircraft may be able to bridge the gap between the two frontlines but we will have to wait and see what emerges from the current battlefield. Will it be a win-win or a lose-lose outcome?