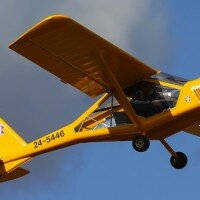 Regulatory challenges, new aircraft registrations stalling and being protracted over ridiculous timelines. RA has had it tough recently. In a challenging environment, there are two types of animal – those who sink and those who swim to hopelessly mix a metaphor. There are still some bright spots out there – how do you spot them? You go back to basics – you look at what options will propel you into the air. You can tell a lot about aviation in a country by the state of its aircraft and much about a flying school by the state of its fleet. Fortunately, in Australia, we have a handful of superb aircraft distributors and manufacturers as well as some forward-thinking flight schools. Easy on the eye and on the wallet – an attractive proposition.

There are no bones about it; Australia is an awesome place to learn to fly. From our beautiful countryside and rolling mountain ranges, to our vast deserts populated with inspiring natural features: the view from the sky over Oz is one to envy.

But for many would-be pilots, the number one obstacle standing between them and each and every endorsement is money. An undeniable aspect of training and eventually flying solo, the prestige of holding a pilot’s license rests alongside the stigma of expense.

However, we tracked down one new Australian flight training school that has found a way to lighten the burden on its students’ pockets, by utilising a commonly overlooked facet of aviation: innovation.

Soar Aviation founder, Neel Khokhani, is regularly asked why his school doesn’t train students in the ‘conventional’ Cessna or Piper aircraft? His ethos has been to carefully consider that word ‘conventional’ and then discard it.

Innovation
Not too long ago some crazy person had the idea of starting a car company during what was probably the worst time in automotive history, due in large part to continuing increases in the price of fuel.

Over the last decade of turbulent change, many car companies watched as sales plummeted, forcing them to close manufacturing plants as governments around the world scrambled to bail out an industry hit hard by the global economic roller coaster.

The reality was that fuel-guzzling cars weren’t just unpopular; they were downright impractical. And rightly so -  who wants to pump 80 bucks into their car’s fuel tank when they’d prefer to put that cash towards new clothes, an HD TV or an overseas holiday?

So why on earth would you want to launch a new car company in this atmosphere? Because that new car company sells electric cars and their name is Tesla. Maybe you’ve heard of them? 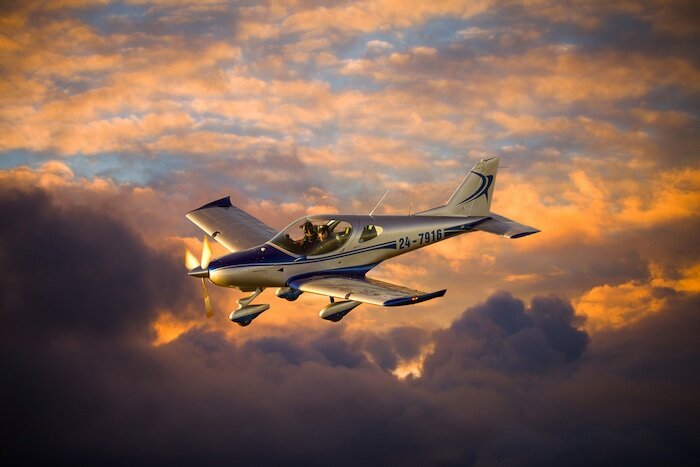 In the last 10 years, Tesla has sold more electric cars than any other electric car manufacturer in the world. The reason for this is very straightforward: The car is electric, not a conventional fuel guzzler. That doesn’t sound so crazy anymore, does it?

Car manufacturers like Ford and GM were fine when the cost of fuel was less than 20c per litre, but that was long before it skyrocketed to $1.40 per litre. It wouldn’t be hard to envisage the cost of fuel growing by 100% in the next decade.

Tesla and its boss Elon Musk, is one of  Khokhani’a heroes and he says he can’t go too wrong trying to emulate him. Obviously, Soar Aviation doesn’t have the capacity to build electric cars, but what they do have is the capacity to invest in the aircraft of the future, i.e low cost, fuel efficient, safe aircraft.

So when oil prices began to soar (pun intended) and the “dinosaurs” at other flight training schools scrambled to find ways to mitigate the continually increasing expense of fossil fuels, Khokhani saw a unique opportunity to safeguard not only his company’s future, but also ensure his students weren’t forced to wear the brunt of the financial blow.

“My answer to the downturn was to spend…but invest wisely. I decided upon a $1 million acquisition of a brand new fleet of Aeroprakt A-22 Foxbat aircraft to replace the company’s Jabiru fleet,” Neel explained.

Cessna and Piper aircraft are built with engines manufactured by Lycoming, a company considered the Grand Poobah of aviation engine manufacturers. They are reliable, conventional engines from a hghly respected company; one that has stayed committed to a simple design philosophy: ‘If it ain’t broke, don’t fix it.’

“It’s this very philosophy,” observes Khokhani, “although noble, that has prevented the company from producing a more fuel-efficient variant of its engine. The planes we knew and loved have become the fuel-guzzlers that now cost a fortune to keep in the air.”

So, as an innovator, engine manufacturer Rotax enters the frame. This Austrian company has invested all of its resources in developing aircraft engines that are lighter, stronger and more fuel-efficient than conventional engines. You’ve probably just become better acquainted with them in the previous article!

There are many advantages when learning to fly in a Foxbat aircraft. With an excellent viewing range from the pilot’s seat, an almost all-metal construction and low stall speed, you could say this aircraft was made specifically for student instruction.

Coupled with a 2.43:1 gearbox, the Foxbat’s Rotax 912 ULS 100hp engine not only runs at less than half the shaft speed of a conventional aircraft engine, but is also certified to run on less-expensive automotive fuel. These factors make the Foxbat one of best low fuel-consumption aircraft in the skies.

With flight training history dominated by conventional aircraft, running on expensive AVGAS fuel, one of the biggest challenges to attracting students for Khokhani, is getting the message out that learning to fly need not be expensive. But with a little initiative, the man is doing just that.

And if it’s that age-old, knee-jerk gripe about the stability of RA planes, then you only have to pop out to Moorabbinn on an overcast, gusty day. Ironically, it’s the Foxbat fleet you’ll see still taking to the skies while their GA brethren remain earthbound.

Like the formation of Tesla, many thought Khokhani was crazy to want to launch a new flight training school on the tail-end of a global recession, with the spectre of fluctuating fuel prices ever-present. However, unique opportunities seldom occur and a contrarian, long-term approach has not seen Warre Buffet go hungry. Khokani thought that the time was right to shake up an industry settled on its haunches. “

“The old boys might grumble, but what was there to lose?” he said.

The mission was to not only make flight training more accessible, but also make the aviation industry more attractive to people who may have previously shied away from the very high operating costs of conventional aircraft operators.

This simple philosophy has driven what some would call aggressive expansion into the flight training market and has now led to further investment in another fleet of aircraft to sit alongside the Foxbats: this time of Aquila A 210 aircraft.

Along with other training aircraft, this now allows Soar Aviation to offer a diverse range of planes with which students can learn to fly. This greater variety translates into more experienced students, which is an opportunity not found in many other schools.

Considering the volatile world economy and increased pressure on individuals to monitor personal spending, utilising cost-cutting methods like this has allowed many students to experience the thrill of learning to fly who may normally may have shied from the expense.

For Khokhani, the aim has always been to keep costs to a minimum so students keep more money in their pocket, which means spending more time in the air.

Full details on Soar Aviation’s Aircraft Fleet can be found through their website.

A few other aircraft on the RA register are also turning heads and changing the industry from the top down. Two low wings in particular caught our eye.

The BRM Bristell sports great performance, excellent handling qualities and that flair for innovation that marks out the best of breed. This is a Czech Republic-designed machine but forget all the old clichés about Eastern Europe – this is a magnificently polished product, both in manufacturing terms and general performance, with rock solid support from a very hands-on Aussie distributor.

Its sister model, the renowned BRM DNA, also shows huge promise and is reflective of the great eye that many European and American aircraft designers have in finding the right combination of aesthetics and efficiency. Boasting a large canopy and a spacious cockpit of quality fit and finish, the generous leather seats are positioned well apart, ensuring comfort between the two occupants.

One of the best (and unique) features offered by BRM is something that we were discussing with various manufacturers almost a decade ago – a sleeping compartment that almost runs the length of the fuselage. We thought this would be a perfect feature for the great Aussie Road trip and mentioned it to many at the time. Lo and behold, BRM have come up with the goods. Capable of comfortably holding one adult (or two very cosy adults), the compartment is ideal for cross-country aviators with a spirit for adventure. Beautiful.

In contrast, a recent home-grown success is based at a factory in Cowra, NSW, which hosts the Brumby brand. Again, the aircraft are startlingly pretty – both the Brumby 610 high wing or the Brumby 600 low wing are lookers.  And while they’re both brilliant in their own right, it could be argued that there’s something a it more appealing about the look of a low wing aircraft.

Described as a Ferrari by Brumby director Phil Goard, the Brumby 600’s view from the big bubble canopy is spectacular. It’s fast (in the 110 knots range), exceptionally responsive and handles turbulence with aplomb. But above all, the Brumby 600 is a seriously strong aeroplane.

The Brumby 600 was the first LSA designed by Phil Goard. As the designer of the old GoAir trainer, Phil worked alongside CASA on a modified version of the aeroplane with a view to certifying it under the European JAR VLA certification for GA aircraft. But before the certification was complete, the Americans developed a new class of aircraft called LSA (Light Sport Aircraft). Seeing an opportunity, Phil had the foresight to understand that the new LSA category represented the future of flying. In no time, the first Brumby 600 qualified under the new certification.

Powered by the highly reliable 100 hp Rotax 912s, the 600 is also a very cosy aircraft with its wide leather seats and comfortable seating position. In-flight comfort is aided by the cabin heater which comes standard with all Brumby aircraft.

After landing a lucrative 40-year contract with China’s Aviation Industry Corporation, Brumby look set to stay. They’ll be shipping 280 aircraft to China, a further 80 aircraft to Australia and New Zealand, while establishing a flight-training facility for international pilots in Cowra. Now, that’s certainly pumping blood into aviation’s arteries, all achieved by following the basics: innovation and design.