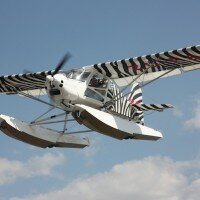 If there’s one country that’s as wild and rugged as Australia, it’s South Africa. With baking deserts, ferocious coasts and harsh mountain ranges, it’s no wonder that some truly tough light aircraft have come out of there.

The Rainbow Cheetah proved popular because of its strong build quality, versatility and ease of operation, and proved to be a perfect match for the needs of both African and Australian pilots. Now it’s successor is here – and the SkyReach BushCat offers everything the Cheetah did and more.

The BushCat was born from a desire to build an aeroplane that’s tougher than any other in its class, at a low price point, and that’s certainly proven to be the case. Since releasing a couple of years ago, it’s become a hit with farmers, conservationists and recreational pilots prepared to take on the most difficult conditions. It’s available from Global Aviation Products right here in Australia, and we’re expecting it to surge in popularity.

The BushCat is highly customisable, so it’s simply a matter of choosing the type of aircraft that best suits your needs. It’s available in nose-wheel, tail-dragger and amphibious configurations, and all three are incredible machines. The nose-wheel is great for low hour pilots who wish to operate in the standard configuration, or for people planning to mainly fly in and out of prepared asphalt runways. It’s the most forgiving and relaxed version of the BushCat, sacrificing a little bit of off-the-radar versatility in order to appeal to a wider ranger of aviator. It’s a fantastic aircraft that would make a perfect first plane.

For those who like to head off the beaten track, landing in rough bush and visiting unexplored lands, the tail-dragger is more than up to any task. You’ll be surprised by how adept this little plane is at getting into and out of tricky situations.

If you’re the sort of pilot who prefers to explore the rivers and lakes of this glorious country, the BushCat can cater to your aquatic needs. It’s available with the 1400 Clamar amphibious floats, which are made using a combination of carbon, Kevlar, and S-glass fibres. This ensures that the floats are lightweight and immune to corrosion and leaks, whilst providing brilliant on-water performance. This machine is able to get in and out of the tightest of estuaries, allowing adventurous aviators to check out the remotest waterways imaginable.

The BushCat is powered by the award-winning Rotax 912 ULS engine, which is the clear-cut leader in the light sport market, for very good reasons. Powerful, reliable, and surprisingly quiet, the four-cylinder engine spits out 100hp and allows the BushCat to cruise along at an extremely decent 168 kmh. 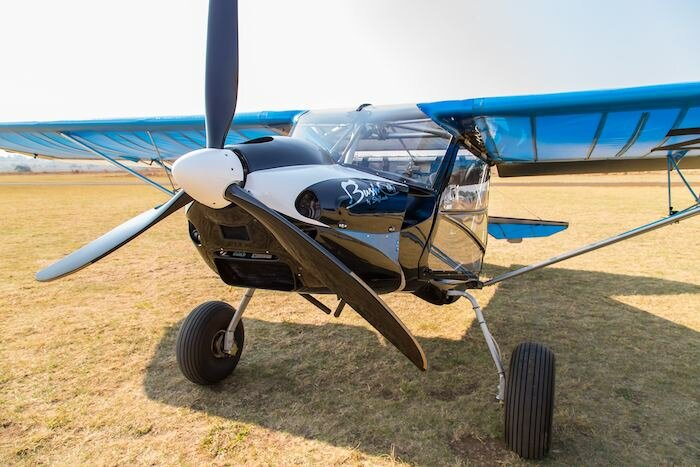 For such a small aircraft, it’s incredibly smooth to fly, and can at times give the pilot the impression of controlling a much larger beast. Whether you’re stepping into the world of aviation for the first time or downsizing from a bigger, more expensive aircraft – something that more pilots are doing as the gap between LSA and their larger brethren narrows – you’ll certainly be surprised by how capable the BushCat really is.

The plane’s frame is deceptively simple, using the latest technology to keep the weight down and the strength up. The primary structure is made from aluminium tubes bolted together via stainless steel brackets, and this design allows for a much higher strength-to-cost ration, driving prices down without compromising safety.

This design also means that, in the unlikely event that a part of the primary structure is damaged, it can easily be replaced. In the long run, this could save a lot of time, money and stress.

Covering that futuristic metal skeleton is a skin that’s also very impressive. The BushCat is wrapped in a Trilaminate composite fabric, which is commonly used for yacht sails. Incredibly strong and designed to stand up to the elements, it will ensure that the BushCats being sold today will still look fantastic in a decade.

A massive change made during the evolution from the Cheetah to the BushCat is the move from a braced undercarriage to a sprung undercarriage. The new design boasts a solid aluminium spring gear, which results in softer and smoother landings, with the extra strength also making the aircraft much easier to put down in tough conditions. It’s an immediately noticeable change which makes the BushCat much easier to fly, especially for less experienced pilots.

Sticking with the underside of the BushCat, this modern marvel also has a completely new brake system. Whilst the Cheetah made do with a mechanical drum brake system, the BushCat has hydraulic disk brakes, allowing for landings in much tighter spaces. To put it simply, the BushCat is going to be able to get into places that its predecessor couldn’t.

The versatility of the BushCat is further expanded by the appearance of removable doors, which make it easier to load up, whilst also making airborne photography much easier. They can be pulled right off, and loaded back on, in less than three minutes.

Each of the three variations is available as either factory-built, or as a kit. Building from a kit can be a daunting proposition for those without a lot of experience, but the process has become much easier over the years and the BushCat is one of the easiest planes to put together. It requires around 200 to 300 hours of assembly time, depending on experience, and needs nothing more than standard tools and average DIY skills.

The decision regarding whether to build it yourself or receive it from the factory in one piece will probably be an easy one for most pilots, with time often being the deciding factor. With that being said, there is a certain pride that comes with reaching the skies in a plane you’ve screwed together with your own hands.

There’s also the option to have a BRS ballistic parachute fitted, and it’s definitely something to consider. The BushCat is a very forgiving and safe aircraft, but having such a reputable safety device onboard certainly offers peace of mind. BRS parachutes have saved hundreds of lives over the years, and we’d like to see more light aircraft offering this option.

Appropriately for an aircraft from the Rainbow Nation, the BushCat is available in a wild array of hues and patterns, ensuring that new owners are able to customise their new baby to suit their personality. There are five colours on offer – black, white, yellow, blue and orange – and a huge number of templates to work with. 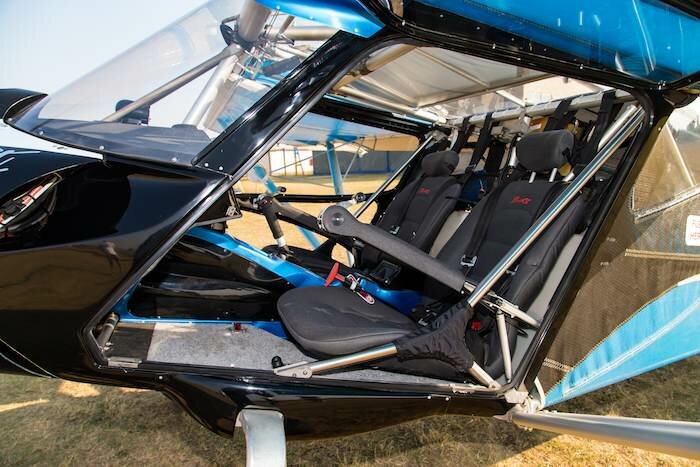 To further promote the unique identity of each pilot and his or her machine, the composite parts of the aircraft can be printed in any colour imaginable. Few light planes offer so much freedom of expression. No matter which combination you go for, three things are certain; your BushCat will look fantastic, your BushCat will look unique, and your BushCat will serve as a symbol of the sky warrior seated within.
Hard as nails, yet elegant enough to soar through the air gracefully, the BushCat truly is an aircraft designed and built to handle the most savage conditions and environments imaginable. It flies brilliantly, offers more options than you’d think possible, and is a true all-rounder that will stand the test of time. There’ll be plenty of BushCats exploring the corners of this continent, so it’s the purrr-fect time to jump onboard!