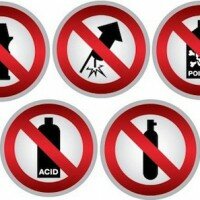 Recently, I was asked to advise in the defence of an aviation criminal charge against a young man who had allegedly committed a form of terrorist crime. I was not asked to legally defend the young man.

The facts are relatively in short order. The young man was on holiday in Bali with his extended family during the recent Christmas/New year holidays. It was a festive time and he wanted to celebrate. He bought some fireworks in Bali to let off on New Year’s Eve. That evening was inclement and the fireworks were forgotten in the rain. The holiday came to an end.  The young man packed his worldly goods into his case on top of the fireworks and went to Denpasar airport, checked his baggage in at the Virgin counter at the airport, boarded the aircraft and was transported to Brisbane. His baggage was recovered from the carousel and was x-rayed by Customs. The fireworks were discovered intact in the baggage after the flight. Virgin airlines were consulted and demanded that the young man be charged with an offence under the Civil Aviation Act. The section chosen by the DPP was Section 23 (2) of the Civil Aviation Act 1988. This section provides for a maximum penalty of 7 years imprisonment.

You would have to agree that it is a serious criminal charge and a draconian penalty. It would tend to bring tears to the eyes of a grown man. The personal circumstances of the young man were that he works as a tradie for a company that builds security buildings for the Federal government and anyone with a criminal conviction of a charge of a violent or terrorism nature cannot continue working for the company. Therefore if the young man is convicted he will lose his job as well as run the risk of imprisonment.

You are asked to consider whether and what defence could be raised to refute the charge and lead to an acquittal or better still a directed verdict of not guilty.

“A person must not carry or consign for carriage any dangerous goods on board an aircraft except:

(d)                  Does “carry” or “consign” go so far as to be of continuing nature whilst the young man is on the aircraft or does it cease when he deposits the baggage containing the offending fireworks at the Virgin baggage booth in the airport at Bali?

Let us examine the four questions in turn.

(a)                  There is nothing in the Act that extends its reach as against persons beyond the Australian land mass. There are provisions in Section 7 which impinge on this problem. In particular, the Act applies to Australian aircraft operating outside Australian territory subject to any 83 bis agreement. It is to be noted that it is the aircraft to which the Act is applied not the passengers or humans individually who may travel in the Australian aircraft. If it were otherwise and Australian domestic law applied in Bali, the two recent drug smugglers, Chan and Subramanium, would not have been subject to the death penalty and could not have been executed as Australian law does not put people to death for drug offences. Obviously, Australian domestic law does not apply. This may be a sound basis of defence.

3.                  The next step in the process of a defence is to consult precedent. Has such a situation or something very similar occurred before that has been considered by a court one way or the other?

Luckily for the young man, there is a precedent. It is R v Hildebrand in 1964 Qld Reports 43. As it is relevant to the young man in this incident the following is mentioned. The head note summaries the gravemen of the charge.

Held further, If the depositing of the fabricated bomb took place outside Queensland, then the “depositing” was not an offence against Queensland law. “Deposits” does not import a continuing offence.”

Stable J : The “putting” and “depositing” in the charges under Ss 470 and 470A of the Criminal Code are fixed in point of time and are not continuing acts; The repetition of a threat does not turn an offence into a continuing one. “

With that decision and exposition of jurisdictional jurisprudence in mind, we can return to the young man. Let us now consider the ramifications of the precedent, Hildebrand as the next step in the process.

4.                  It is clear that the nub of the offence was committed, if at all, in Bali. On the basis of Hildebrand, the DPP cannot prove that the offence was committed in Australia. Therefore the charge may fail at the threshold of culpability. It may be that the offence is presented as a continuing offence sufficient to show that the risk of offending continued until the aircraft was in Australian airspace somewhere near Broome. The charge may be framed to aver that the offence continued into Australian airspace. Again, on the authority of Hildebrand as the young man did not do anything in respect of the fireworks whilst the aircraft was travelling to Australia or in Australia, the charge would fail for lack of jurisdiction. Alternately, on the authority of Stable J it could be argued that the “carrying” aspect of the charge was not a continuing act and ceased at the point of lodging in the airport lounge at Bali.

5.                  The next step is to consider when we will divulge the strength of the defence reasoning. Should we confront the DPP with an interlocutory application, a voir dere, or should we sneak up on them and chance our arm in the process of a trial? Let me explain. An interlocutory application or motion is taken before hostilities are joined in trial, perhaps 4 or 5 weeks before the set down of trial. If we do that we telegraph our punches and the DPP are forewarned of our firepower. A judge may decide to overrule our application and the DPP know how we are going to run the defence well before trial and they may bring evidence or precedent to confound us at trial. A voir dere is a trial within a trial. We wait for the start of the trial and confront the DPP before the trial judge without the jury. It is a form of ambush but within the rules and causes the DPP to confront the matter in a cut throat situation either they put up or shut up. Decision time is foreshortened and the DPP may find they have been thwarted early in the trial. Maybe not. The third was to let the legal defence  come out in cross examination and submissions. As the defence is an interpretation of law and the cross examination is one of facts and not law, it is necessary to frame the questions of fact to the prosecution witnesses that the legal defence becomes apparent as the trial progresses until it is too late for the DPP to bring up reinforcing evidence of facts to confound the defence.  Especially should the devastating impact of the legal defence be delivered in submissions at the close of both the prosecution and defence cases before both the judge and jury. This way means that the defence keeps its powder dry until the very end of the trial. 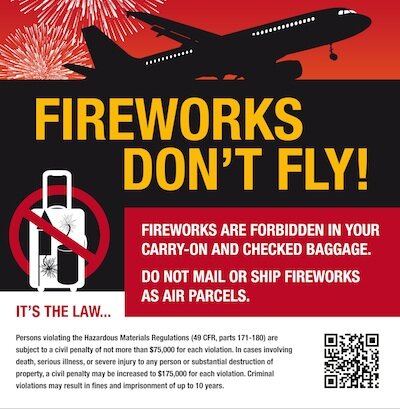 You may be a cautious defence counsel. You plug for the third option. Procedural confrontation is not your long suit; bushwhacking is your go. If that is your preference we move to the next stage and to the final stage of the defence.

You prepare a series of questions of the DPP witnesses confirming that the details of the offence were all committed in Bali and not in Australia, that the carrying ceased at the airport booth in Bali and that the discovery of the fireworks occurred in the Customs hall in Brisbane and not before, that the fireworks did not explode on board the aircraft or in the hold or catch fire in the hold or in any way endanger the aircraft or the passengers and crew of the aircraft at any relevant time; questions of the prosecution witnesses about the rate of burn of fireworks may be relevant.   Defence counsel should prepare questions of the accused, your client, to show that he had no intent to commit the Section 23 offence in its detail. Further you should question him to raise what is known as the (QLd) Section 24 defence or at common law that the offence was an accidental oversight, the mens rea defence. An expert on the burn rate of fireworks and explosive may be called to show that what was loaded in Bali was not explosive goods.

You are now prepared for a debate that with a sensible judge and jury you should win. The only matter remains is to ensure that your instructing solicitor has funds in trust to pay for your brilliant advocacy. No costs are awarded to or against the Crown in criminal matters such as these.