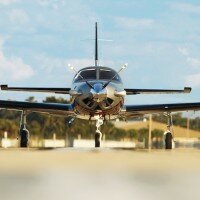 Computer software business owner Ben Roberts departs on trips from his base on the outskirts of Sydney without a worry about airport or airline dramas. He climbs into the cockpit of his company’s own Piper Meridian and takes off.

Tired of lengthy delays at major airports, inflexible airline timetables, inaccessibility to regional centres, and tightened airport security, medium-sized businesses such as Ben’s, find themselves in a situation whereby it’s in their best interests to at least consider the option of buying their own aircraft. Not corporate jets that cost tens of millions of dollars, but smaller aeroplanes that won’t blow the budget. Aeroplanes like the Meridian.

“Flying my own plane saves me time and money,” Ben explains. “I do a lot of business in country towns throughout New South Wales, Queensland and Victoria. Airline services to regional Australia can be a nightmare but with the Meridian I can knock over quite a few business appointments in one day. For instance, last week I had meetings in Coonabarabran, Narrabri and Dubbo. I knocked them all over in one day, overnighted in Dubbo and the next day headed to Tamworth, Inverell and the Gold Coast. If I had to rely on RPT to get to those places it’d take me the best part of a week to do so and probably leave me out of pocket.”

Ben, 42, and his best mate and business partner, Josh Palin, have known each other since Ben was one-year-old and Josh had just been born. “We were neighbours and we grew up together,” Ben explains. “Went to the same schools and shared the same interests, especially sports, aviation and computer technology. When we started our company it was just the two of us but after a while, business skyrocketed to the point where we now employ more than 100 people. Business has been good.”

So good that they were able to splurge on the Meridian, an aircraft that Ben can’t get enough of. 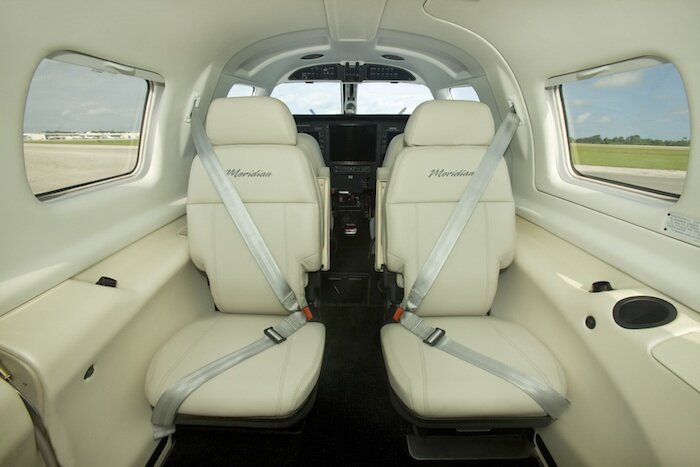 “Today, a single engine makes more sense than ever, especially with the price of fuel being on the hefty side,” he says. “On top of the immediate savings, it will always be a lot cheaper to take care of one engine than two. And with the engine de-rated to 500 SHP (Shaft Horsepower), Piper is not asking a lot out of an engine that puts out twice as much power in other applications. TBO on the engine is only 3,600 hours. That’s brilliant.”

I’ve often been told that a rule of thumb for remembering the general performance of the Piper Meridian is the rule of 250 cubed. Ben explains: “Two fifty cubed basically means it will deliver right around 250 knots at Flight Level 250 on 250 pounds of fuel per hour. With just less than 1,200 pounds of fuel available, that’s around four hours with a 45-minute reserve. In real life it will often do better than that. I’ve had the plane over 260 knots true. So it blasts along like there’s no tomorrow.”

So is this the perfect high performance single? “Not exactly,” Ben says. “But it’s perfect for our operation. If you’re looking to regularly fly maximum range trips with the seats full, this is not the aeroplane for you. But if you’re looking for a personal aeroplane that will fly shorter trips with the seats filled or longer ones with just a couple of passengers, the Meridian offers a lot of capability for a lot less than the competition.”

Not only does the Meridian purr along at a decent clip, the all-leather interior and sophisticated avionics offers pilot and passengers alike, comfort and technology not far shy of that offered by the Meridian’s more fancy (not to mention, costly) executive brethren.

“When Josh and I first started our business, airline delays, cancellations and poor service cost us in the hip pocket. Then our business took off and expanded big time so we decided to seriously consider buying our own aircraft. Doing so has enabled us to better serve customers, and company sales have skyrocketed even further.

Flying our own plane to remote locations on a moment’s notice to visit clients has given our business a competitive advantage. But best of all, Josh and I absolutely love flying, so we’ll jump at any opportunity to fly this baby.” 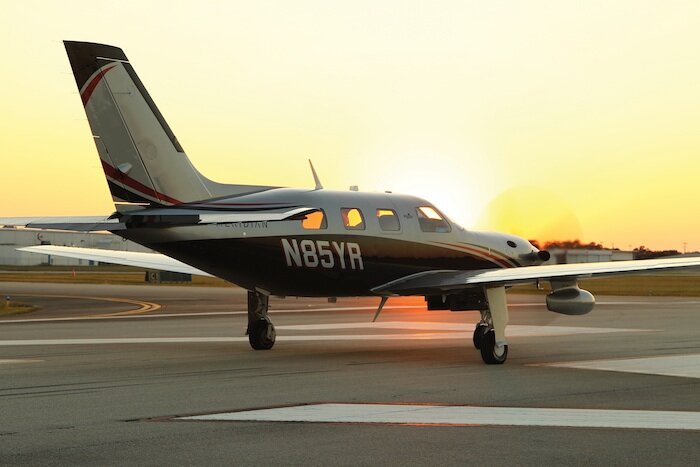