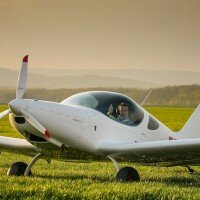 It’s been a long time coming, but the first BRM Aero Bristell Tail Dragger (TD) has finally arrived in Australia.

It’s a wonderful little plane that has been hotly anticipated by many pilots, and we’re happy to say that it more than lives up to all expectations.

The fixed gear versions of the Bristell were released in 2010, and have since forged strong reputations that have made them the first choice for discerning pilots looking for an aircraft that won’t let them down and is also plenty of fun. Tail dragger enthusiasts have waited patiently for a version tailored to their needs, and now it’s here.

The striking red paint job of the TD has already won the hearts of many that have seen it in the flesh, but it’s not the colour that makes it so fast – due to the lack of a nose wheel it glides through the air at a ferocious speed, and does so incredibly efficiently. The current figures indicate the aircraft is averaging 12.8L per hour, which is about 3L per hour better than the fixed gear.

The TD is a beautiful plane, with good looks that are an obvious design nod toward the classic Globe Swift. Retro lines, classic form, and superior functionality come together with a conventional two-wheel fixed gear undercarriage and a tail wheel. It really is pretty special.

It’s the ideal airplane for any tail dragger enthusiast. Thanks to the combination of form, comfort, and of ergonomic design, this easy-to-control aircraft sets a new standard for fun flying and for long cross-country flights.

The TD can cruise along at a zippy 112 knots, making it very fast in comparison to other planes in its category. It’s highly manoeuvrable, ensuring it’s great for both new pilots and those who have a bit more experience and want to throw their new machine around a bit.

With space for 120L of fuel, the TD is perfect for longer journeys, and has enough luggage space to ensure you can take anything you want along for the ride. There’s even room for a passenger, so you can take one very lucky friend along. And with the TD being this exciting, you won’t have any shortage of people begging to join you! 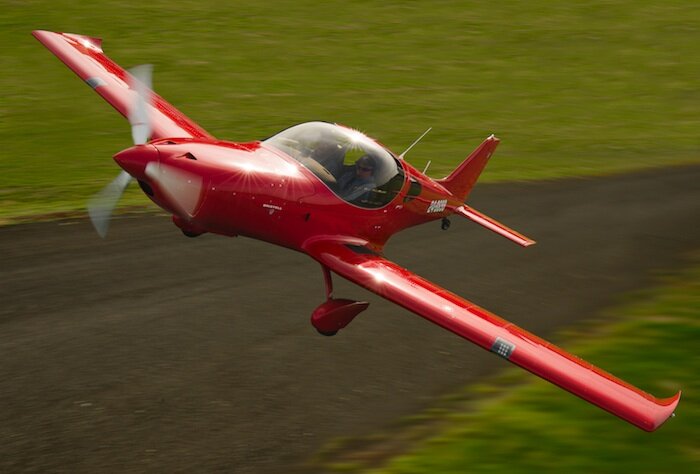 “Having one of the largest cabin sizes and luggage capacities in its class. and being able to fly from Victoria to Queensland with an economical fuel burn, I’m confident that TD enthusiasts will love the benefits of this capable aircraft,” Brett told Aviator.

“When I received the first aircraft, it was test flown by Peter Lapthorne, who has far more experience with TDs than I do, and who has flown this model in the Czech Republic. It was an exciting trip and I was impressed by the plane’s speed and handling. More than anything, I just wanted to fly it myself – and when I did, it was an absolute joy!

“Strangely enough even though I have possibly flown more Bristell aircraft in Australia than anyone else, with Peter being a close second, I felt like a student again adapting to this aircraft, particularly for take-off and landing.

“The first thing that I noticed was how quickly the aircraft wants to do everything, and I mean everything. With no front wheel its ground run was shorter, its climb rate faster and its cruise quicker for a lower throttle setting.

“It’s happy to climb and it’s happy to go and yet on my first take off I rotated, trimmed and took hands and feet off the controls and it just tracked a perfect climb, straight ahead. It was so smooth and responsive. I even noticed that it sounded different too – perhaps the change of airflow over a front wheel that is not there?

“Whenever I take it out I have to continually remind myself, particular for landing, that I am in a TD and it’s not over until I’m back in the hanger – full concentration is needed at all times because it just wants to fly. Overall, it’s a stunning aircraft and I couldn’t be more pleased with it.” 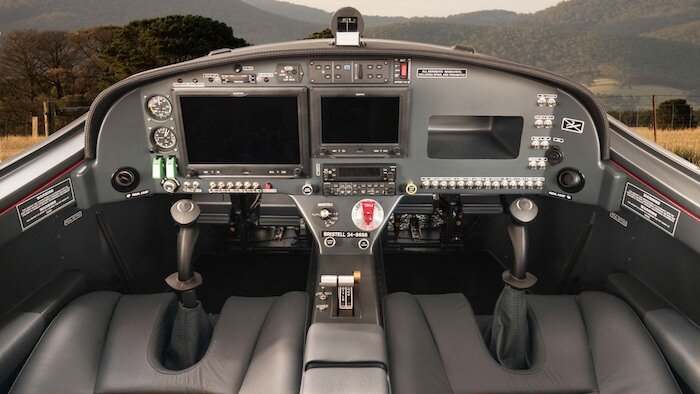 The TD, like the fixed gear versions can be registered both RAA and VH, although most have selected the RAA or SAAA option allowing the owners to be more hands-on with their own aircraft.

Like all Bristell aircraft ordered through Anderson Aviation Australia, the TD is fully customisable, meaning lucky new owners can go home with exactly the plane they want. Everything from the size of the wheels to the paint job can be custom ordered, so the only problem is sorting through all the options!

This versatile plane is equally suited to flight training schools, recreational flying or comfortable business commuting. And now that there’s a tail dragger option, everyone can enjoy zooming around in a shiny new Bristell.

“At this stage the intention will be to display it at OzKosh in Narromine in October,” explained Brett, “and by then the new Beringer Tundra tyres should have arrived, allowing everyone to see these fantastic optional tyres in the flesh.”

The Bristell has always been an incredible aircraft, and now with a tail dragger option it’s accessible to a wider range of pilots. We expect this little beauty to be a big seller, and a regular sight in Australian skies for years to come. 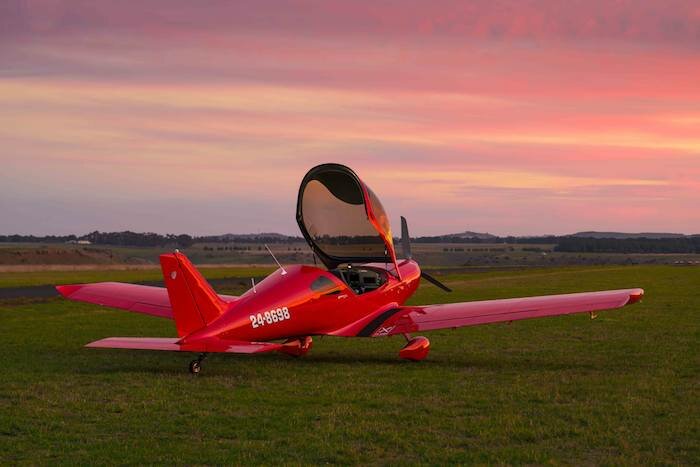