Behind the Scenes: Evektor 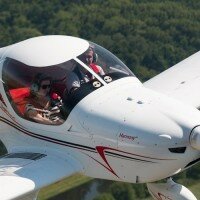 Evektor proudly claim to turn ideas into reality, and that’s exactly what they do, with a range of light aircraft that are like dreams come true. Let’s take a look at this incredible Czech aviation company.

The village of Kunovice, in the south-east of the Czech Republic, has long been synonymous with aviation. Since 1936, the picturesque hamlet has been at the forefront of European aircraft manufacturing, with some of the most important planes of all time originating there. In 1970 Evektor’s predecessor Aerotechnik was founded.

Aerotechnik spent more than two decades building dependable aircraft. While they were busy building their legacy, a new company was making a name for itself in Kunovice. Evektor was founded in 1991 and started producing aircraft the next year, and the drive and passion of the people behind the company quickly saw it grow into an international powerhouse.

The common passion of Evektor and Aerotechnik meant that a merger was inevitable, and in 1996 they were brought under the same umbrella. With the united company now firing on all cylinders, it was only a matter of time before some really great planes started rolling off the production line.

Larger and more powerful versions of the SportStar have been built to appeal to different markets, but the most interesting variant is the Harmony, which is available in Australia and offers a refined and speedier experience. Decades of expertise have gone towards crafting one of the finest little planes ever made. 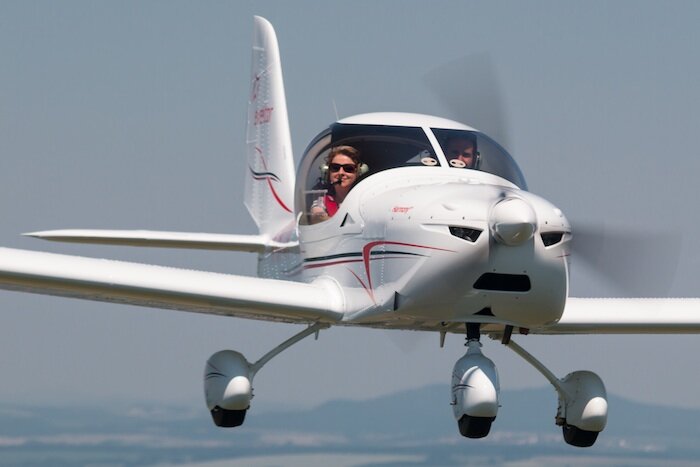 Evektor’s fleet of aircraft really do cover a lot of bases, and there are enough models to ensure there’s something for just about anyone. The Czech company can proudly boast that they’ve built and sold more than 1300 planes over the years, selling them to 50 countries all over the world. These days, however, their business is more diverse than ever.

Thanks to the extensive experience and abilities of their very talented team of engineers, Evektor is also able to offer qualified installation of avionics, and is heavily involved in the development of aircraft electrical systems. As one of a minority of light aircraft manufacturers who are also able to fit avionics suites in the factory, they’re able to tailor the electronics to the needs and desires of the customer, and provide a truly integrated information centre.

As well as developing their own General Aviation planes, Evektor has also participated along with other companies in development activities for the Boeing and Airbus. They were heavily involved in the design of the fuselage of the Boeing 747-8, and have also had a lot to do with a number of Airbus aircraft. Evektor also provided expert damage tolerance stress analysis on both the A340 and A350.

And it’s not just aircraft companies who want to cosy up to Evektor. Legendary Czech car manufacturer Škoda has been working with Evektor for the past two decades, specialising in the design of sheet-metal parts for car bodies and plastic interior panels including dashboards. Another very successful area is the design of rear-view mirrors.

While they love building better planes and cars, Evektor are also passionate about building a better world. They’re one of the driving forces behind Clean Sky, the largest European research programme aimed at developing innovative, cutting-edge technology aimed at reducing CO2, gas emissions and noise levels produced by aircraft.

Evektor are dedicated to designing and building their aircraft in a way that will reduce impact on the planet, and they’re every bit as passionate about the environment as they are about putting together brilliant aircraft.

The SportStar is the most famous member of Evektor’s fleet, and for good reason. With impressive power, range and reliability, it’s the perfect all-rounder aircraft and the sort of machine that offers more possibilities as the pilot becomes more experienced.

It’s brilliant for beginners, because it was designed from the beginning with flight schools in mind. The SportStar is easy to come to grips with and very friendly to new pilots, but also has enough grunt and manoeuvrability to remain exciting even after innumerable outings.

It’s powered by a Rotax 912S engine, with an average fuel consumption of just 15 litres per hour, meaning the running costs are half those experienced with other training aircraft.

The SportStar excels when it comes to safety, having passed extensive spin testing to prove the aircraft’s ability to handle unwanted spins. It’s an incredibly important feature when it comes to planes aimed at rookies, and it’s a major reason why so many schools choose the SportStar.

Another reason is the tough all-metal frame, which has been designed for easy maintenance and low operation costs.

The SportStar reflects the latest developments in design, safety and cockpit comfort found in the most successful modern light sport aircrafts. The useful load is the largest in its category, and the flying range is an amazing 1,300km, making the SportStar the perfect aircraft for tourism and travel.

With all of those ticks next to its name, the SportStar is the perfect choice for any pilot, no matter how experienced. 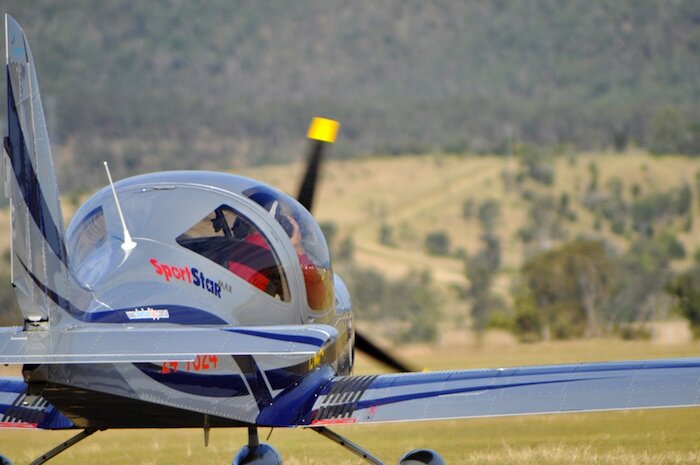 The Harmony is a more recent addition to the Evektor family, but it’s already proven itself to be a magnificent aircraft that’s knocked the socks off pilots around the world. The brilliance of the Harmony should come as no surprise, because it’s based on the SportStar MAX, but has been heavily improved, with a greater cruise speed and greater crosswind capabilities.

The most obvious change is the new swept wing and tail, which has led to greatly improved speed and performance over its predecessor. This refined version of the globally successful Sportstar Max features further comfort and performance enhancements. These include being four inches longer overall which creates more leg room options and affords increased clearance between the pilot and co-pilot pedals. Crosswind capabilities, in particular, are 50% better than ever before. An enlarged rudder and redesigned ailerons also lead to a better flying experience, whilst an enlarged and rearranged cockpit means that every trip is a comfortable one.

But that’s certainly not all, because just about every part of the SportStar has been refined to create the Harmony. The steering and rudder geometry has been completely overhauled to make cruising through the sky even easier than before, while newly-designed brake and rudder pedals also go a long way towards making every flight memorable. Transparent inspection covers allow for quick pre-flight inspection and there is even the option of footsteps for easier boarding.

The wheel spats, nose gear leg and other parts have also been revised which enhance ground handling and mean that the Harmony feels like a completely new aircraft, whilst always harkening back to the brilliance of the SportStar.

When it comes down to it, the Harmony is everything you could ever want in an LSA, with top-shelf technology and luxurious comfort meshing with a proven history of reliability and unrivalled performance.

This big bopper isn’t available just yet, but when it does go on sale it’s sure to usher in an exciting new chapter in the history of Evektor. It’s a lot bigger than its brothers and sisters, with room for 14 passengers and heaps of baggage, and it looks set to dominate a market that Evektor have never really been part of before.

The EV-55 Outback made its first flight in 2011, with Evektor revealing that they wanted to built a two-engined turboprop that could operate from rough fields and at high-altitude airports thanks to advanced de-icing technology; conditions that make its competitors sweat. After more than a decade it’s close to being ready, and will appeal to all sorts of different pilots in all sorts of different situations. 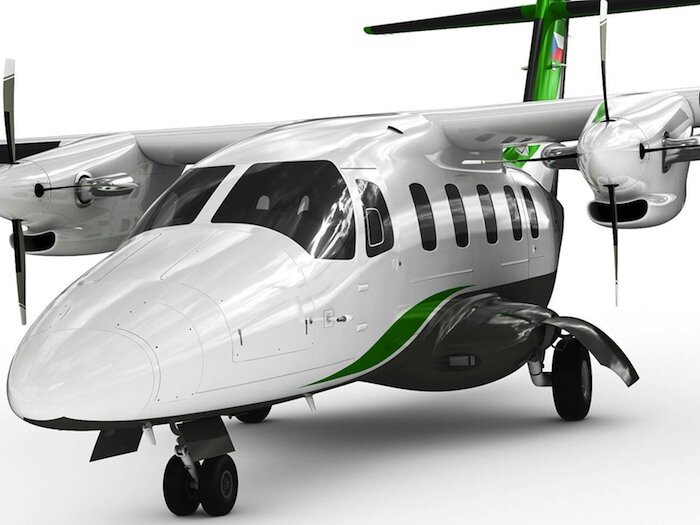 It can quickly and easily be reconfigured from a passenger plane to a cargo transporter. This versatility, along with the low cost of operation and ease of repair, mean that the EV-55 Outback looks set to have a great impact on the aviation world. With a few changes to the configuration, it’s perfect for rescue missions, transporting troops, and anything else that demands a tough aircraft that can get places others can’t.

The EV-55 Outback is powered by a pair of beefy Pratt & Whitney PT6A-21 turboprop engines, driving four-blade propellers. The wing is mounted atop a nearly-square fuselage, which has five windows per side. If you’ve got a tough job, the EV-55 Outback is perfect for you.

There are currently more than 60 Evektors soaring across Australian skies. The brand has been a perennial favourite here Downunder and the number in active service that is set to soar even further thanks to the hard work of the local distributor.