Behind the Scenes: Asia Pacific Aerospace

Posted by Admin on Mar 1, 2018 in Aviation Engineering, Featured | 0 comments 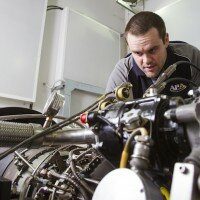 There are thousands of glorious planes and helicopters soaring through the bright blue skies above Australia every day, and Asia Pacific Aerospace are responsible for keeping many of them up in the air.

This Brisbane-based company puts together and services some of the most popular engines in the country, and a growing number of pilots and companies rely on them to keep their aircraft running smoothly.

APA are a big name in civil aviation, but they also serve an integral role for the Australian Defence Force, providing reliable engines and ensuring they remain in tip top shape. The business is a true Aussie success story, and all indications point towards APA becoming even bigger and more successful in the future.

“Our state-of-the-art maintenance facilities are modern, and purpose-built to support a range of engines,” a spokesperson proudly told. “APA’s strategically located maintenance and service centres in Australia and marketing office in Singapore, ensures operators in the Asia Pacific region are provided with round-the-clock support.

“This means you can rely on us for assistance at a time and place convenient to you. Keeping your business in the air, is our business. We understand the aerospace industry and the speed in which it operates. That’s why we ensure services, parts, and leased gas turbines are readily available at all times. We also have an exchange pool of Rolls-Royce accessories available to help reduce aircraft down time during maintenance.”

There’s a real feeling of dedication to the product and the customers that makes it easy to see why the company has become as successful as it is. Every day is devoted to improving the service and providing better value for customers, and it shows.

APA have been the market leader in the maintenance, repair and overhaul of gas turbine engines for the past 25 years, and they’re still going strong. The company was formed back in 1988, as part of a joint venture with Masling Industries, a partnership that lasted for five fruitful years until the entire company was brought under the APA umbrella.

The following year, APA was announced as the Rolls Royce Authorised Maintenance Centre, as well as a contractor for the Australian Defence Force. It was a massive time of change for the company, which was growing rapidly and expanding its footprint.

This growth required new facilities, and in 2000 they moved into their purpose-built $3 million home next to Brisbane International Airport. With more space and better machinery, APA was able to greatly increase its workload, and bring in even more clients. They were quickly becoming a major player in the region’s aviation industry. 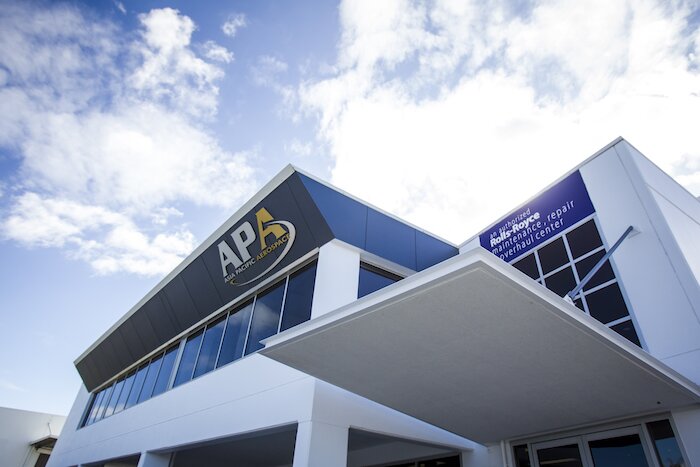 APA took on the contract for deeper maintenance and system support of the General Electric T700 in 2002, further strengthening their ties with the Aussie Defence Forces. New testing cells were constructed to ensure world-class facilities.

“This relationship will provide the highest level of support for the ADF’s T700 engines,” Tom Brisken, general manager of Military Customer Support at GEAE, said at the time. “Our goal is to meet all readiness and reliability goals by establishing a long-term working relationship with our customer in Australia.”

They backed this up by taking on the Defence Force’s contract for the RR300 seven years later, and the company has never looked back.

In 2010, APA announced the acquisition of Victorian-based Aviation Turbine Overhaul, a gas turbine overhaul and rework facility located at Moorabbin Airport in Victoria. It was another important step in the growth of the business.

“The acquisition will advance the strategic interests of APA within the Australian and Asia Pacific regions,” Mason said at the time. “With this acquisition, we will expand our current engine support in the region and gain accreditation as a Rolls Royce Authorized Maintenance, Repair and Overhaul Center.”

APA has more approvals than you can shake a stick at, which means that you can feel at ease dealing with them no matter what type of aircraft you deal with. These include approvals with the Civil Aviation Safety Authority (CASA) CAR 30, EASA Part 145, DGCA Indonesia PART 145, CAAP Philippines Part 6, DCA Malaysia Maintenance Organisation Approval and has AS9100 and ISO9001 accreditation.

Of course, there are even more approvals, so it’s worthwhile checking with the team. However, it’s fairly obvious that they have all bases covered, and are able to provide a complete service experience.

Today, Asia Pacific Aerospace employ 42 people, have 42 major clients throughout the Defence, Tourism and Emergency Services sectors, and turn over more than $35 million in sales ever year.

They’re a true success story, and it’s all been built on the back of a dedication to quality and dependable service.

ENGINES
Asia Pacific Aerospace are proud to work on a number of exciting engines for military and civil use, namely the General Electric T700, and the Rolls-Royce M250 and RR300. Starting with the big guns, APA is the prime contractor and Approved Maintenance Organisation supporting the Australian Defence Force and its fleet of General Electric T700 Series Engines, installed on Sea Hawk and Black Hawk aircraft.

The T700 first went into production back in 1978, and has seen decades of improvement since then. It’s a powerful and reliant turboshaft that’s capable of putting out between 1500 and 2600hp depending on the specifications. It’s a favourite of air forces around the globe, and has been strapped to some of the most fearsome helicopters of all time, including the Bell AH-1W SuperCobra and the Boeing AH-64 Apache.

APA are able to handle a number of services for the Defence Forces, including damage repair, failure analysis, as well as all the usual testing capabilities. APA are doing their bit to keep Australia safe.

The M250 is a light-and-powerful engine that’s popular in both the defence and civil markets, with a fantastic power-to-weight ratio and the ability to pump out 250hp. The first iteration was released nearly 50 years, and the reputation it forged back then has only grown as the M250 has been refined and improved.

It’s a popular choice for both fixed-wing and rotary aircraft, with notable applications in the Gippsland GA10 and Bell 430. It’s so versatile that it’s also been used to power airships and motorcycles!
APA can provide specialist support for the entire current range of M250 models, including the Series II Turboshaft, Series II Turboprop, Series III, Series IV and Series IV FADEC. APA hold $3.5 million worth of inventory dedicated to the M250 at any one time, so they’re certainly prepared to service these lovely machine.

When it comes to light helicopters, the RR300 is the best engine there is. In essence it’s a downrated version of the M250, so it has a lot in common, but it’s truly something special in its own right. The two models look pretty much identical from the outside, but the RR300 mates a scaled-down centrifugal compressor from the Model 250-C40/47 to a combustor and turbine similar to that of the Model 250-C20, replacing the C20′s complex six-stage axial/single-stage centrifugal compressor. The result is easy to run, simple to maintain, and incredibly reliable.

The three engines cover different markets, but all have a few things in common; incredible design, remarkable build quality, and the full backing of APA.

FACILITIES
Asia Pacific Aerospace has two major facilities in Brisbane that are dedicated to the production, testing and maintenance of their engines. The General Electric T700s are put together in Pinkenba, with new and up-to-date rooms for the inspection and assembly of the engines. There’s also high-tech rotary balancing equipment to ensure that everything’s pieced together perfectly.

APA are able to test all of their engines on-site, thanks to a pair of fully functional computer controlled test cells. One of the most modern, technologically advanced engine testing facilities on the planet – and also one of the safest – the cell features integrated digital controls with touch screens, as well as a fully-integrated CCTV monitoring system.

The system far exceeds all OH&S standards and is also surprisingly environmentally friendly – a major concern for the team at APA.

Their Eagle Farm workshop is where the magic happens for their Rolls Royce 250 and 300 engines. Like the Pinkenba plant, it’s packed with state-of-the-art technology and machinery, with an impressive test cell that allows them to thoroughly investigate their engines.

Quality control is improved by having the production and testing facilities side-by-side. Of course, having the cells ready to go also means a reduction in costs for APA, which in turn can be passed on to their customers.

APA capabilities also include precision machining and grinding, inspection and measuring, balancing, aerospace welding, flame spray, ancillary component and fuel control system overhaul, and a selection of Bell 206 component repairs. The company is always growing to take care of the needs of its customers, whilst still making sure that their expertise in each area is razor sharp.

APA is certainly set up to look after their Aussie customers, with a couple of facilities that have been built with future growth in mind, but the company is also looking at building more infrastructure overseas. In the near future, they plan to have a similar set-up in Asia, as the company looks towards capitalising on the massive growth of that region’s aviation industry.

“Our future plan is to move into China to support the Asian region with a local shop for M250 and RR300,” Strategy Business Development Manager Tony Cotroneo told Aviator. “We are also marketing hard for T700 work in Asia supporting the Military fleets of Black Hawk and Seahawk and looking at support the Black Hawks as they come into the commercial market for firefighting.”

As part of this expansion, APA participated in the recent China Helicopter Exposition held in Tianjin. It was a chance for the company to form business relationships with the lucrative Asian market, and is a sign of where they’re heading in the near future.

In just a quarter of a century, Asia Pacific Aerospace have grown and evolved from a small operation in the suburbs of Brisbane, into a true aviation force in this part of the world. They provide some of the finest engines of all time to civilian customers, and keep our Defence Forces in the air. They’ve invested heavily in world-class infrastructure, and continue to do so as they expand into the blossoming Asian market.

APA succeeded through hard work, great service and brilliant products, and the best is certainly still to come for this proud Aussie company. 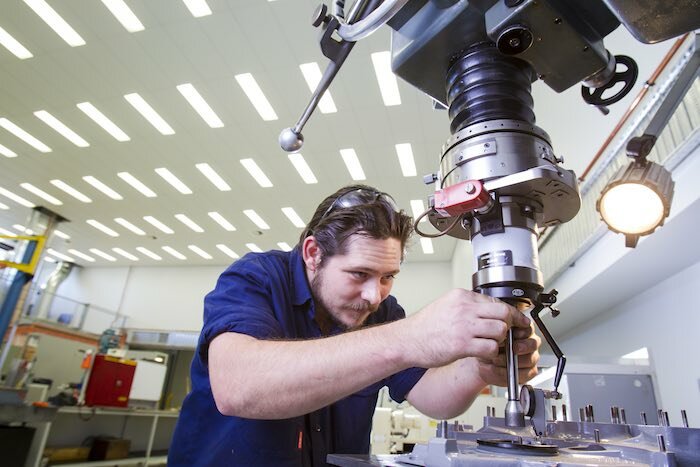 1993 Masling Industries interest was bought out by APA.

2009 APA were awarded the Defence contact for RR 250 Support Service.