Behind the Scenes: Archerfield Airport 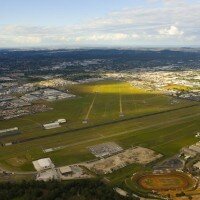 For nearly a century, Brisbane’s Archerfield Airport has been an integral part of the city’s transport infrastructure, growing and evolving as the population surrounding it has boomed. Whilst it hasn’t been Queensland’s major airport for many years, it’s an important airfield with a bright future ahead of it, and is steadily moving towards being an all-encompasing aviation hub for the region.

The developments currently underway at Archerfield are truly impressive, with significant improvements planned and a huge number of state-of-the-art facilities being constructed for companies from many different fields of aviation.

After playing a long and distinguished role in the history of Brisbane and surrounding areas, Archerfield Airport is now the heart of the city’s corporate, emergency services and general aviation communities. The progressive board of Archerfield Airport Corporation (AAC) is leading the way in securing the future of General Aviation in South East Queensland with a number of airport infrastructure and operational improvements on the way.

AAC’s proactive role in encouraging GA industry growth began nearly two decades ago with the privatisation of the then-declining airport, and has seen regular development and improvement of infrastructure and buildings. This will continue in line with the airport’s long-term vision, which is to develop Archerfield into a world-class facility that serves as a centre of excellence for everything aeronautical.

Recreational, training, education, commercial, freight, corporate, aeromedical, adventure flights, community services and aircraft maintenance – the plan is to have basically everything below 80 seat commercial aviation operations eventually based out of the ever-expanding facility.

Extensive redevelopment of the airfield is already underway, with a wide range of improvements designed to meet the increasing demand of higher performance aircraft operators, whilst also enhancing the airport’s efficiency and reliability for all pilots. Improvements either underway or on the way include major upgrades to the facility’s weather station, the installation of weather cams, upgrading the runway approaches and reducing airport obstacles.

On a larger scale, an upgrade to the main runway is set to provide greater efficiencies for the types of air traffic that Archerfield currently handles, whilst further improving operational capability and safety for everyone landing or taking off.

Archerfield has also become the base for nine flight training schools, underlining their commitment to the growth of education and learning in aviation and aerospace. The $4 million on-airport Aviation Student Accommodation Complex (ASAC) provides a place for future pilots to get a good night’s sleep, and the airport enjoys strong partnerships with Griffith University’s School of Aviation, Gateway Schools Project, various high schools, and Aviation Australia. With the ability to cater for everyone from brand new pilots to veterans of the air, the dream of building a true aviation hub for Southeast Queensland is becoming a reality. 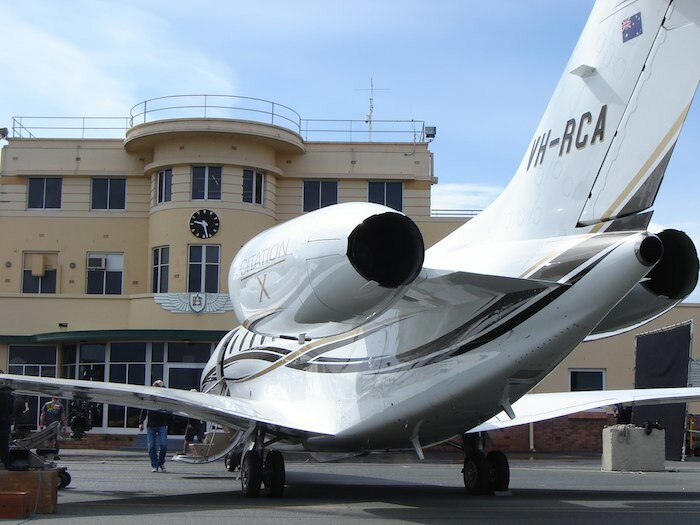 NEW STANDARDS OF EXCELLENCE
Once these exciting initiatives are completed, Archerfield will become even more invaluable to the local aviation community. Last year the airport welcomed its first full-service Fixed Base Operator, with the opening of Archerfield Jet Base. This facility has set new standards in aircraft management and hospitality in Australia, and attracted a new generation aircraft and corporate jet owners to the airport.

Air ambulance service LifeFlight, which moved into a purpose-designed helicopter maintenance facility at Archerfield in 2015, has plans to grow its presence at the airport. With the ballooning population of the surrounding region, the need for a state-of-the-art, centralised base has grown, and Archerfield has provided a solution to this problem.

In recent years, the airport has expanded its role as regional base for aeromedical/emergency services and maintenance. Rescue service QGAir was established at the airport following construction of a new hangar, and there are plans to further expand the airport’s ability to cater to emergency services.

Other major infrastructure developments in recent years include the massive $3 million corporate hangar complex and an aviation parts storage facility for Aviall/Boeing.

To support the renewal of on-airport facilities and to encourage the growth of an aviation-related services hub, AAC is developing Transition, a shiny new logistics estate at the northern end of the airport. This 24ha precinct will be home to a new business community, with both aviation-related and non-aviation operators moving in soon.

AAC is also working with pilots, airport operators and local communities to address noise issues and build better relationships to enhance GA’s public image. It’s an important step considering the changing traffic mix and higher profile of the airport in recent years, and will certainly help foster GA in this country.

BLAST FROM THE PAST

To fully appreciate the amount of change happening at Archerfield, we need to take a glance back at the history of this unique airport. The story starts in 1927, when Captain Lester Brain, the chief flying instructor for Qantas, landed his de Havilland Giant Moth in farmland outside of Brisbane, in order to see whether the land was suitable for an airfield.

The mission was successful, and Archerfield Airport was established in the early 1930s as Brisbane’s primary airport. Qantas moved their operations from nearby Eagle Farm to Archerfield after the first hangars were erected, and the airport was officially opened on April 1, 1931. A number of the-world-class buildings were constructed over the next decade-and-a-half, including administrative headquarters and a control tower.

Aircraft based at the airport included the P-38 Lightning, P-39 Airacobra, P-47 Thunderbolt, B-25 Mitchell, and B-24 Liberator, among others.

The future looked bright for Archerfield, but its time as a top-level airport would be brief. Following World War II, Eagle Farm dominated aviation activity in the area and Archerfield assumed secondary significance. Ansett and Trans Australia moved all operations away from the airport, and it was largely ignored by the wider aviation community. Lack of investment caused a gradual decline in serviceability, and by the late 1980s much of the infrastructure had degraded in comparison to its former glory days. It was a sad state of affairs for an airfield that boasted such a colourful past, but there was light at the end of the tunnel.

Archerfield turned its focus towards flight training, in the late 1980s to early 1990s, and this proved successful. Throughout the 90s determined efforts were made by the Federal Airports Corporation to restore the airport, but a lack of investment capital slowed those endeavours.

In 1998, Archerfield was privatised, allowing it to finally become the airport it was destined to be. Aircraft movements have remained relatively steady in the past decade at approximately 140,000 per year. This number is set to increase thanks to recent development.

In 2015, AAC took another step forward by appointing the highly skilled Heather Mattes as their new General Manager of the airport, following the retirement of Corrie Metz. It was the first time a woman had taken control of the airport, and came at a time of unprecedented change for the company.

Mrs Mattes boasts extensive experience in general aviation, property, construction, asset management and operations including four years as Manager Landside Transport and Assets for Brisbane Airport Corporation. A long-time pilot and former National President of the Australian Women Pilots’ Association, her expertise and unique view of the aviation industry have allowed her to propel Archerfield to new heights. It’s not hard to see why she was chosen to lead a company undergoing a revolution.

The airport remains on Commonwealth owned land, while AAC holds a 99-year ground lease, and has become a robust entity returning a profit since 2005, the first time in the airport’s history.

AAC may be looking toward the future, but they haven’t forgotten about the past; several historically-significant buildings, including the Terminal Building and hangars 5 and 6, have benefitted from major heritage refurbishment works.

AAC is proud of the airport’s history, but understand that it’s hard to move forward if always looking backwards. Archerfield can never be the way it was before; as has been proven time and again prior to privatisation, the operation of the airport cannot continue without the injection of capital from non-aviation related developments on areas of the airport that aren’t required for aviation purposes.

Archerfield has a proud history, but it’s the future that the board are firmly focused on – and it’s very exciting indeed.

PLANNING FOR THE FUTURE

Archerfield Airport is currently planning for a dynamic modernisation program that will set it up for the future, following the recent approval by the Commonwealth Government of the airfield’s 2017–2037 Master Plan.

The strategic 20 year plan will pave the way for further investment in the facility, as it continues to expand. In approving the Master Plan, the Federal Minister for Infrastructure and Transport, Darren Chester, acknowledged Archerfield Airport’s important contribution to Brisbane and many South East Queensland regional centres, as well as the airport’s economic significance which makes a significant contribution to the Queensland economy.

So much change has already been seen at Archerfield, but what is to come will be even more impressive. Further improvements brought forward from previous master plans include realignment of the grass runways, moving them away from low lying, flood-prone areas, and improving the airport’s capability to provide high quality training facilities. Alterations to the main runway and associated infrastructure to enhance and modernise facilities for existing aircraft operations are also on the agenda.

In addition, the plan outlines opportunities for warehouse, logistics and manufacturing businesses to relocate operations to the heart of Brisbane’s much sought-after South West Industrial Gateway.

The AAC is committed to working with the community in order to build a strong relationship that provides the best possible outcome for everybody involved.

WORLD-CLASS FACILITIES
Archerfield is becoming a modern and expansive facility that is getting bigger and better all the time, so it can be hard to keep track of what’s on offer there. It carries the largest number of general aviation movements of all Queensland airports, has the most aviation operators and flying schools in the Sunshine State and is home to over 200 aircraft. This, along with its close proximity to Stradbroke, Moreton and Fraser islands, has made Archerfield Airport a favourite destination for corporate aircraft, charter, flying training and all kinds of maintenance requirements.

So, what can pilots expect the first time they land at Archerfield Airport? It features a multi-runway configuration comprising two parallel runways in two different directions, each with complementing full-length taxiways and sealed pavements. The main runway and its supporting taxiway are both equipped with pilot-activated lighting to aid night time flying and improve safety. There are a further two runways that are, at this time, unsealed.

For rotary aircraft, there are a number of dedicated helipads, including one reserved for the increasing amount of emergency service aircraft flying into and out of the facility.

Aircraft parking is currently available for 200 fixed wing aircraft on both sealed pavement and grassed areas, in addition to the secure parking within private hangars and maintenance facilities. Helicopter operations are well catered for with separate parking areas for a large number of choppers.

There are 68 hangars throughout the airport, including the $3 million corporate hangar complex, and over 80 businesses on site employing hundreds of people. The facilities developed are mainly aircraft hangars and workshops, but also include flying schools and the historic control tower which is located at the southern boundary. In addition, there’s over 75 hectares of greenfield sites that could potentially be developed for both non-aviation and aviation purposes in the future. 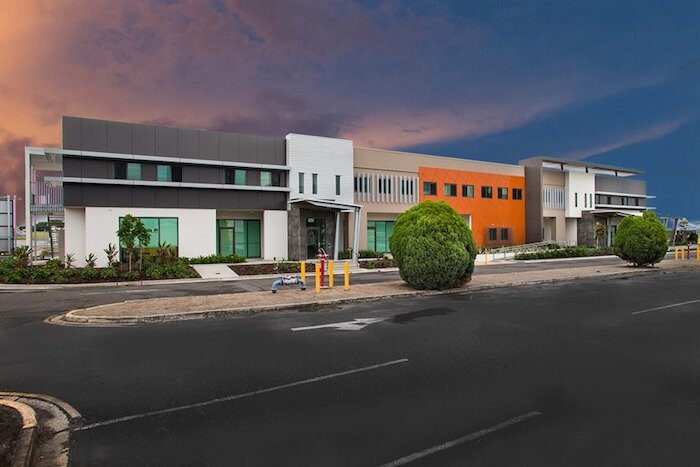 It’s certainly an impressive array of buildings and facilities, especially when you consider how quickly the complex has grown over the past decade.

Archerfield boasts a long and winding history that has seen it rise to become one of the most important airports in the country, and later an integral part of the war effort, before almost being forgotten. These days it’s an incredibly impressive and invaluable part of the Australian aviation landscape, and the future looks better than ever.