Bat for the Future 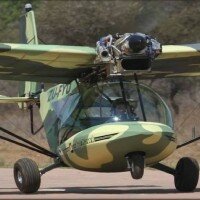 Forget the Batwing and the Batmobile – if you want to feel like a superhero, you need to get your hands on a shiny new Bat Hawk.

The brilliant Light Sports Aircraft was developed and built by Micro Aviation SA in South Africa to handle the toughest conditions there are. That means it’s the perfect aircraft for bashing around the Aussie bush, and well worth checking out.

Every part of this machine has been crafted to handle tough terrain and take a beating whilst still providing a comfortable flying experience. Since release, the Bat Hawk has forged a reputation for safety and reliability. The Camit engine is fully exposed by design, which not only looks great but allows for maximum air intake. The Bat Hawk is full of character, but every design choice has been specifically made in order to create the most rugged aircraft ever.

It features a conventional three-axis layout with a strut-braced high-wing, a two-seater open cockpit, fixed tricycle landing gear and a single engine in tractor configuration. With the Bat Hawk’s propeller up and out of the way it reduces the risk of damage by grass, sticks, stones and sand.

The Bat Hawk comes with dual controls, and both people onboard are well protected from the weather by an aerodynamic fibreglass pod and large wrap-around windshield. That’ll definitely come in handy if flying through a monsoon – which this aircraft is perfectly suited to handle. In fact, it’s so tough that new owners will probably go around looking for wild storms to fly into, just for the fun of it.

The Bat Hawk has sensational performance, with a cruise speed of 77 knots and a take-off run of just 30 to 60 metres, which will be much appreciated in some of the difficult landscapes it can be flown into and out of. In the hands of a learner it remains perfectly balanced for fingertip control and hands off flight, but pushed to the maximum by an experienced pilot the manoeuvrability is breathtaking. 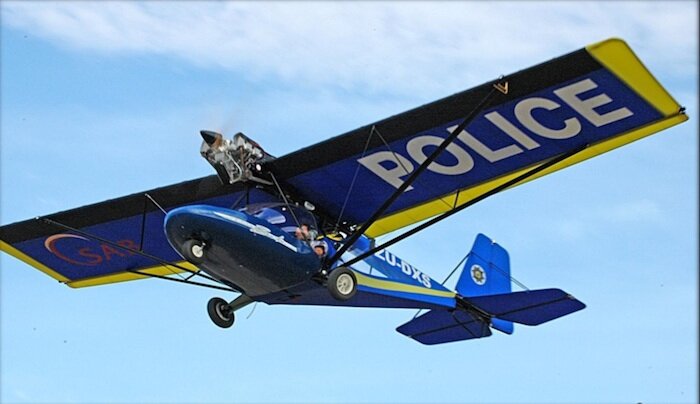 Attached to the rear spar are full-span flaperons that work independently as ailerons and together as flaps. There’s no flap position indicator, but approximate settings can be determined from the flap selector angle, making for a simple and pleasurable flight. Maximum flap movement is restricted by a limit stop mounted on the flap lever quadrant.

The fin, rudder, tail plane and elevator are also well constructed, and are sure to last a long time. The rudder is actuated by cables running from the pedals. A control stop for the pedals is fitted at the front of the fuselage tube whilst the ailerons are controlled by cables from a torque tube connected to the central control stick, which has a built-in control stop. The elevator is actuated by a push/pull cable attached directly to the control stick which has built-in stops.

The main wide track undercarriage has the wheels supported by an inverted V-shaped glass fibre channel which, due to the material used, also acts as an effective spring. The nose wheel is held by two hydraulic shock absorbers, fixed directly to the top plate through a bearing which in turn is attached to the main fuselage cross tube. The shock absorber system allows the Bat Hawk to operate on the sort of rough terrain that would destroy lesser aircraft. Differential braking is not provided, with directional control on the ground is achieved by nose wheel steering.

The Bat Hawk is a truly versatile craft, and has been used across the globe for a huge variety of missions. It’s a very popular surveillance aircraft, due to its long flight times, low operational costs, and ability to get into and out of difficult situations. For these same reasons, it’s a hit with those involved in aerial photography.

Reconnaissance missions are a breeze with the Bat Hawk, because it can take anything thrown at it and can be relied upon to get the job done when lives are on the line.

Farmers will find this aircraft incredibly useful in their day-to-day lives, because it’s perfect for tracking livestock, monitoring water points, checking fences and locating carcasses in the vast expanses of the Australian bush. It’s no wonder that the Bat Hawk is growing in popularity amongst our most dedicated farmers.

This bad boy is also being used by rangers from around the world to protect important national parks from threats such as poachers, wildfires, and invasive species. The Bat Hawk can also be used for aerial burning programs with the optional Raindance Aerial Incendiary Machine. 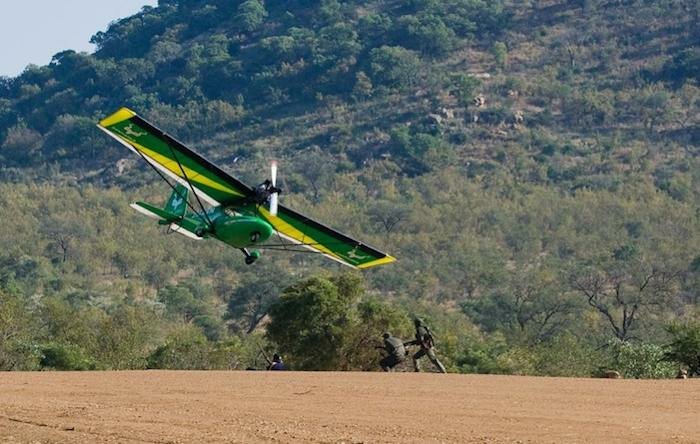 For an expert opinion on this tough plane, we went to a man who knows more about it than anyone else – Errol Van Rensburg, owner of Global Aviation Products, who distribute the Bat Hawk in Australia.

“The Bat Hawk is a delightful aircraft, that can be enjoyed by any pilot, whether you have hundreds of flying hours to your credit, or whether you have just completed your RAA license. This aircraft has no frills, is very basic in terms of it’s construction, but has been designed to offer great handling, strength, and exceptional climb and cruise performance.

“Getting into the cockpit isn’t easy at first, but once you’re seated it’s very comfortable, and the visibility of the aircraft is ‘helicopter like’, with no obstruction. Short field landing and take off is integral to the aircraft, and this ability combined with a very strong undercarriage and big fat main tyres will allow you to land almost anywhere, from the beach to the small paddock on your property.

“Starting up is met by the healthy growl of the six-cylinder Camit motor. Warming up the engine to about 40 degrees celsius takes some time as a result of very effective oil cooler, and pre take off checks are simple and straight forward.

“The take-off run is spectacular; as you open up to full throttle, 120 horses kick in, full right rudder to keep her centred, and the acceleration is fantastic. Pull back on the stick at about 30 kts – this all happens in only a couple of seconds, and she will fly away at 40 to 45 kts. You have now used about 65m of runway, and now you can pull back on the stick and enjoy the incredible climb out at about 50 kts and 1500 ft/min!

“Level out at the end of your climb out, and you will probably hit 1000 ft AGL before you turn for crosswind component of the circuit. The controls are responsive, with a slightly heavy feel to it.

“Turning onto base bring the power down to 2000 rpm, aim the nose to where you want to go, and on finals just flare it about one metre above the runway, take off the power, and simply pull back on the stick – she will settle down on a very forgiving undercarriage.

“The aircraft, as far as I know, is also the cheapest factory built LSA on the market,…and it sells for about $57,500.”

All in all, this new entry to the market appears to be a very versatile and no-frills aircraft designed to do the job with cost in mind. This machine is reliable, practical and very forgiving to fly. The Bat Hawk is a solid work-horse which will not let you down. It works hard, has unrivalled visibility and is a thrill to fly! Ultimately, something for the outback aviators and recreational funsters to seriously consider. 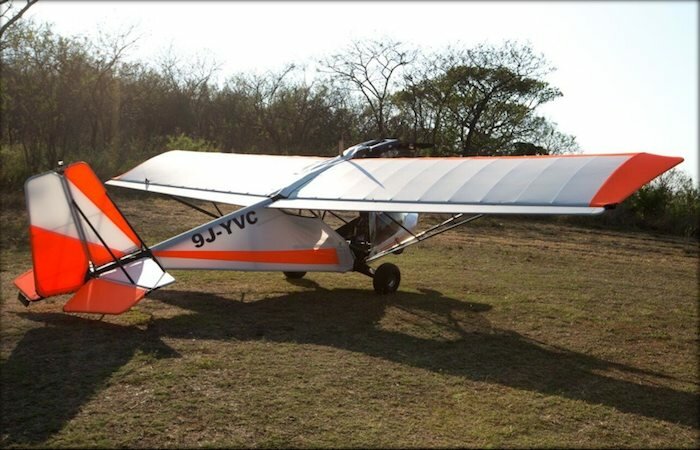